Be proactive to protect intellectual property

There is an old adage that says the value of your business walks out the door every night. 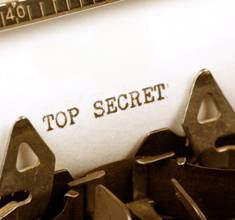 While human capital is a critical part of your business, your intellectual property may be just as important, if not more so. Safeguarding it from walking out is crucial to ensuring your company’s continued success.

Intellectual property can include items such as patents, copyrights, customer lists and trademarks.

Other key components of businesses, such as proprietary recipes, systems and processes and acquired know-how constitute a type of intellectual property. From electronics to pharmaceuticals, every industry is affected directly or indirectly by intellectual property fraud.

Giants Apple, Ford, Intel, Microsoft and Twitter, to name a few, have been victims of intellectual property fraud.

It was reported for years that Colonel Sanders carried the secret formula for his Kentucky Fried Chicken around in his head and the spice mixture in his car.

Today, the recipe is locked away in a safe in Louisville, Ky. Only a few people have knowledge of its secret ingredients, and they are now bound under a contract not to reveal its contents. It’s not recommended that your secret processes or recipes be held in your head, but they do need to be protected.

The first precaution is restricting access to only those deemed trustworthy. Your organization should exercise caution when hiring. Candidates who will have access to critical intellectual property should be carefully examined by having the following performed:

Filing for a patent on your product is an important step, but that alone doesn’t stop others from potentially infringing upon it.

In one of the more famous cases, Eastman Kodak and Polaroid squared off in the instant film and camera market nearly 30 years ago.

After Kodak introduced products similar to Polaroid’s, the much smaller Polaroid fought back, alleging a dozen of their patents were infringed. Polaroid claimed over $6 billion in damages. The landmark case found that Kodak did infringe on seven of those patents. Fourteen years after the original filing, Polaroid was awarded nearly $1 billion in damages.

Unfortunately, it becomes your obligation to pursue those you believe are infringing on your intellectual property. Protecting what you believe is rightfully yours could become a lengthy and costly legal battle. However, the damages that are awarded could become tripled (treble damages) to punish the losing party for willful conduct.

In some cases, as part of the settlement, the infringer is allowed to continue producing and selling the product but under a licensing agreement in which a portion of the profits are shared with the originator. Therefore, monitoring your competitors’ activities becomes a valuable exercise in safeguarding your intellectual property.

Industrial espionage has become a huge focus area for certain companies and the government. Most of these cases are not well-detailed in the press due in part to the secrecy of what’s at stake.

In some situations, the companies to whom the perpetrators were trying to sell their secrets were the ones that turned them into the authorities or their employer.