More than half of high net worth individuals plan to leave some of their fortunes to charity, according to a recent survey, and nine of 10 are involved in some kind of philanthropy. 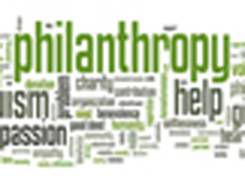 Millionaires typically give about 7 percent of their annual income to charity, and the majority will leave an average of 28 percent of their assets to charity when they pass away, the UBS Wealth Management Americas survey of 2,200 wealthy Americans found.

But the charities they choose for their donations are often selected haphazardly, chosen reactively upon request, the study found. Only 9 percent plan their philanthropic giving, and almost one quarter decide how much they want to give as solicitations come in – “checkbook philanthropy.”

The study also found that the wealthy get more satisfaction out of volunteering than giving money. Only 20 percent said they consider their financial gifts to be effective.

Wealthier philanthropists – those with more than $5 million in assets – tend to be more satisfied with their gifts, the study discovered, because they strategically planned their philanthropy more than those with less wealth.

Older donors tend to give to more traditional institutions like their alma maters and churches, while younger donors focus more on disease-fighting groups and children’s organizations, the study found.

In another study of 300 wealth advisors and 120 high net worth individuals by U.S. Trust and the Philanthropic Initiative, advisors said it is important for wealthy donors to meet with advisors early on to create a plan for their philanthropic giving.

When wealthy donors decide not to contribute to a particular charity, they say it is most often because:

More than half of the donors in the UBS study said they prefer that their donations remain anonymous.

Wealthy donors in the U.S. Trust study said their reasons for making charitable contributions are:

Encouraging members of the next generation to be charitable was also cited as an important reason to give.

They choose not to give to a charity, the advisors said, because: