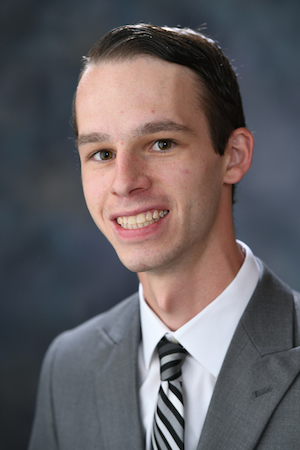 Michael Ferguson says he’s found a second family in the team at 415 Group. In his current role, he assists with audits and attestation. Working in the accounting industry, Michael says that each day presents an opportunity to learn something new. He believes that positivity is contagious and creates a strong and successful work environment.

He first joined the firm as an intern, and later stayed on as a full-time associate in September 2016. Prior to joining 415 Group, Michael earned his bachelor’s degree in accounting with a minor in business administration from the University of Mount Union.

In his spare time, Michael and his fiancée Mikaela enjoy working on their new house, going to church, traveling, and spending time with family and friends. As a sports fanatic, he’s always ready to tune in to whatever major sporting event may be on television.