Part-time work in most retirement plans

Only 14 percent of women and 17 percent of men are confident that they will be able to retire comfortably, according to a new survey of 4,000 workers by Transamerica Center for Retirement Studies. 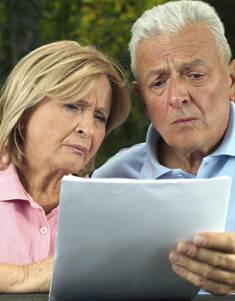 While nearly half are somewhat confident that they will be able to retire comfortably, 40 percent of women and 33 percent of men are not too confident, or not confident at all that they’ll have a comfortable lifestyle when they retire.

Nearly half of women say they will continue to work after they retire, most part-time.

Overall, according to a new study by CareerBuilder, of the 54 percent of age 60-plus respondents who plan to continue working during their retirement years, 81 percent say it will be part-time.

Not surprisingly, an overwhelming number of Americans in another study – 86 percent – believe the country is facing a retirement crisis.

That study of 800 people by the National Institute on Retirement Security also found that most Americans feel that Congress does not understand how difficult it is for average citizens to prepare for retirement. They feel Congress should do more to provide retirement security.

The survey respondents said they strongly support states setting up retirement plans for those workers without access to an employer-sponsored plan.

The biggest concern of retirees is potential medical bills, according to a new study by Bankrate. Nearly one-third of respondents were worried about paying medical expenses during retirement, and 23 percent were concerned that their savings would run out. Only 11 percent worried that they would have too much debt.

For those who do feel comfortable enough financially to retire, most plan to focus on relaxation (70 percent) and spending time with friends and family (57 percent), the Careerbuilder research found.