Taking Advantage of an Industry Downturn to Plan for the Future 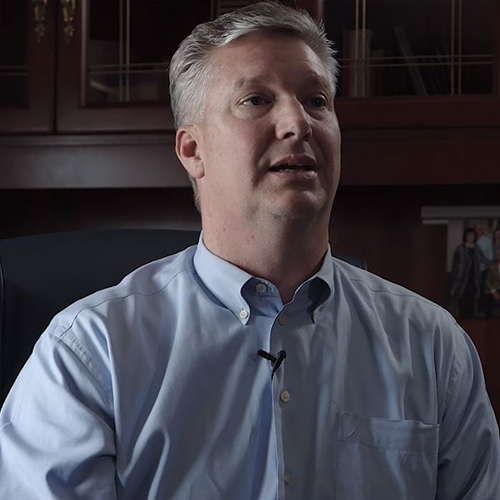 This company was built on the entrepreneurial spirit and work ethic of our parents, and their emphasis on our family remaining close. 415 Group's advice helped us preserve those valued family relationships and set the stage for our current expansion path.

TAKING ADVANTAGE OF AN INDUSTRY DOWNTURN TO PLAN FOR THE FUTURE

The small business success story of StarkTruss began in 1963, when an Amish carpenter introduced a better way to build houses to his local community in Ohio. Abner Yoder invested everything in pre-fabricated roof trusses, then showed skeptical home builders how they could complete a three-day framing job in a single day.

It was a brainstorm that would grow into a $200 million company serving the construction industry nationwide. But in 2008, the downturn happened. It was a challenging time, but Abner, his wife, Esther, and four grown children found a silver lining.

“We used the opportunity to look inward and get very aggressive on our succession planning,” says president Steve Yoder, who along with his siblings Javan, Wendy and Janice has long been involved in the business. “We’d talked about it a lot, and knew who was going to run what. We had pieces in place,” but the plan wasn’t complete, he says.

“415 Group helped us step back and say, what’s the value of our business, and what’s the best way for us to transition things to the next generation?”

Stark Truss is a leading manufacturer and supplier of prefabricated roof and floor trusses, wall panels, and other components for the U.S. construction industry. Founded in 1963 in Canton, Ohio, by Abner and Esther Yoder, today the company is run by four second-generation family members, including president Stephen Yoder, who credits 415 Group with creating and implementing a strong and smooth succession plan.

Yoder was well aware of how difficult a transition that can be. Several studies have shown that only a third of family-owned businesses in the U.S. last beyond the second generation.

“Many families don’t make it through that transition, because they can’t get along,” Yoder says. “There are always unique challenges of having brothers and sisters in business together, which is why you need a trusted advisor to help guide you, to be that independent, experienced voice everyone can listen to.”

Abner (who passed away in 2017), was a lifelong entrepreneur with an inventor’s mindset, Yoder says, so he was at times apprehensive about turning over the reins, even to loved ones who had demonstrated their leadership over the years.

“My father had to have the right people around him, people he could trust,” Yoder says. “415 Group had been our advisors for years; they understood us, both as a family and as a business. They knew our culture well enough to where they could say, okay, this is the way you can accomplish this. Here are the options and opportunities. Let’s be proactive. They worked with us to create a plan that was best for us as a whole and individually.”

A SUCCESSFUL— AND CORDIAL — TRANSITION PROCESS

Every issue involved in ensuring a smooth ownership transfer — including exit strategy and timeline, business valuation and restructuring, estate and gift planning, employee benefits, and tax and legal issues — was addressed in “a cordial, positive, family atmosphere,” Yoder says. “That’s very important to us.”

Under second-generation management, Stark Truss is thriving. The company is making significant investments in technology and recently brought online a state-of-the-art plant in Kentucky, its 12th location, as it continues its expansion in key markets across the Midwest and Eastern U.S., Yoder says.

“Being proactive in our planning made all the difference.”