The collection includes artwork by many famous artists, including Pablo Picasso, Paul Cezanne, Jackson Pollock and Henry Moore, to name a few. 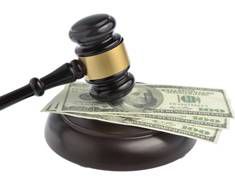 The question was how much a partial interest in the art collection of Houston millionaire James A. Elkins was worth – and if a discount was due.

About one quarter of the collection had been gifted to Elkins’ three children before his death. When Elkins died in 2006, the collection of 64 works of art was valued at nearly $35.2 million.

On its tax return, the estate claimed a 44.75 percent discount from that value for lack of control and lack of marketability.

The IRS, on the other hand, argued that no discount should be given in valuing fractional interests in art.

In the original case before the Tax Court in 2013, Estate of Elkins v. Commissioner, 140 T.C. No. 5 (March 11, 2013), the estate had three different experts: one in art valuation, one on partition proceeding costs and one on the valuation of fractional interests in property.

After hearing debate from both sides on the amount of the discount, the Tax Court ruled that a discount is available for partial ownership for estate tax purposes and that discount should be a 10-percent discount from fair market value.

The estate appealed, and the United States Court of Appeals, Fifth Circuit, on Sept. 15, 2014, agreed with the Tax Court that a discount was available for partial ownership in the artwork.

But the appeals court let the IRS know it was not happy with the IRS’s argument that no discount should apply and called on the IRS to make good-faith estimates when making challenges to taxpayer experts.

The district court also criticized the Tax Court’s routine handling of cases by acting as an appraiser who comes to a compromise between the positions of the IRS and the estate.

The appeals court decision said the 10-percent discount imposed by the Tax Court “leaves us with the definite and firm conviction that a mistake has been made.”

The district court found the estate’s original discounts as “not just the only ones proved in court; they are eminently correct.”

By agreeing with the estate’s discount, a refund of more than $14 million in overpaid taxes, plus interest, was ordered by the court.

The court said the burden of proof is initially on the estate to establish a good-faith evaluation. That burden of proof shifts to the IRS to show why the taxpayer’s valuation is insufficient.