Misplaced trust is one of the most common ways small businesses – including medical practices – find themselves the victims of employee fraud. 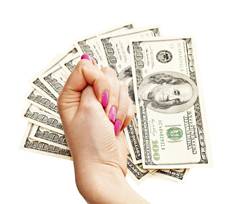 The other is a lack of accounting controls, which often is exacerbated by the presence of only one trusted accounting employee who doesn’t have anyone else looking over the receipts.

Two recent cases show just how much damage a trusted employee with fraudulent intent can do.

In a huge embezzlement case at a dermatologist’s practice in Buffalo, N.Y., a longtime trusted bookkeeper stole nearly $2 million.

About seven years ago, she started stealing. She began by pocketing cash co-pays that came into the practice. Over the years, that totaled over $700,000.

Then, she started to ask her longtime boss for loans to help pay for her child’s college tuition and other expenses, which the doctor obliged to her trusted employee.

Glawatz told the doctor that she had repaid the loans but was actually paying Dr. Grassi back with other funds she was stealing. The scam netted her more than $1.l million. All in all, she stole $1.8 million from the doctor.

The district attorney’s office said the bookkeeper “appears to have been motivated by greed and a desire to impress others with her financial status.” She spent the money on a Mercedes Benz, several family vacations and her child’s law school education.

Glawatz pleaded guilty to grand larceny and tax fraud for not paying taxes on the amount she stole. She was sentenced to four to 12 years in prison.

“Her problem is obviously lack of conscience and arrogance and greed,” the doctor told the judge.“Someone with a stitch of moral fiber could not look at me in the eye every day and do this to me year after year.”

Dr. Grassi said in her statement to the court that, at that rate, it would take 200 years for the bookkeeper to pay her back everything she owed her.

“Ms. Glawatz’s criminal actions have changed my life in immeasurable ways,” the doctor said. “My plans to retire are completely on hold.”

In the second case, this one in Kearny, N.J., a medical office receptionist embezzled more than $446,000 by cashing and concealing checks received from insurance companies for the practice’s services to patients.

Gwendolyn Muller, 53, who had worked at the practice for four years, also used fraudulent credit taken out in the name of the practice principal to buy over $200,000 worth of purchases. Muller pleaded guilty to embezzlement, credit card and tax evasion. She was sentenced to nearly three years in prison and must pay $556,000 in restitution.

If you’re concerned about your medical office’s fraud prevention procedures, consult your CPA about an evaluation and recommendations for tightening security.