Two high-profile thefts at nonprofits should be lesson

Nonprofit organizations are not any safer from fraudulent activity than for-profit companies – as two recent cases at respected charities testify. 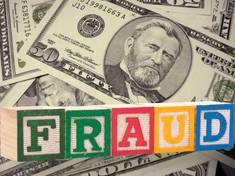 In the case of the Hereditary Disease Foundation, which supports research into genetic illnesses such as Huntington’s disease, 57-year-old Karen Alameddine was charged in November with diverting funds targeted for research grants to shell accounts she had created that were, in fact, her own private bank accounts.

Alameddine worked for the New York-based charity from her home in California. When she left the charity earlier this year, the scheme was discovered by the new controller when a grant recipient told the foundation that he had never received the funds. The money was later found in one of Alameddine’s accounts.

Alameddine was able to pull off the scheme for so long because she had almost exclusive responsibility for dealing with both the charity’s donations and delivery of its grants.

She has been charged with wire fraud and tax evasion.

In the case of USA Harvest, the man who started the national program of asking restaurants to donate leftover food to the needy, began stealing from the program that made him one of the nation’s best-known philanthropists. Hugh “Stan” Curtis of Louisville, Ky., received the President’s Volunteer Action Award from President Clinton and was profiled in People magazine a few months before his arrest.

Curtis was charged with mail fraud, money laundering and filing false income tax returns, for which he was sentenced to two years in prison. He admitted to stealing $183,354 from USA Harvest contributions, as well as not reporting on his tax returns more than $500,000 in income that he received from USA Harvest.

“Stan Curtis used his position as sole officer of USA Harvest to divert donations meant for the poor and hungry – our neediest citizens,” said U.S. Attorney David Hale. “He is now being held responsible for his actions. The investigation and prosecution of crimes against charitable entities will remain a priority of my office. Crimes such as this impact the entire community.”

In both cases, the nonprofit organizations failed to institute the No. 1 deterrent against employee fraud: Don’t allow a single individual access to all aspects of company finances.

Always make sure there is a division of duties when it comes to finances, and regularly rotate responsibilities for financial personnel.

The latest report of the Association of Certified Fraud Examiners found that one in 10 cases of employee fraud occurs at nonprofit organizations, with the median loss to the nonprofit of $100,000.