What are the manufacturing trends of 2015?

Trends in manufacturing for 2015 can be summarized in two words: connection and communication. 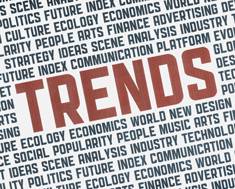 Companies are leveraging technology to enhance production and customer service, and the on-shoring trend (also called next-shoring) appears to be gaining momentum.

Many aspects of the manufacturing process have become automated, and the next wave is poised to affect financial management.

Three-fourths of finance executives responding to a recent study believe that “SWAC” will change the structure and operation of finance departments, according to a report by technology company Oracle. SWAC is an acronym for a cluster of new technologies: social, mobile, analytics and cloud.

The rising use of social media platforms and mobile devices in conducting business has provided an unprecedented opportunity to almost instantly gather data from a variety of sources.

The question is how to use that data to optimize operations and profits. This is where analytics step forward as a key function in up-to-the-minute performance measurement against benchmarks.

The study revealed that 40 percent of executives forecast only three months ahead, and 93 percent are still relying on spreadsheets.

Computing in the cloud means that companies tap remote software on servers to perform functions. Companies offering these services cite a corresponding reduction in company-based equipment and software costs as a major benefit.

However, privacy concerns are hindering the adoption of public cloud technology, with 82 percent of executives reporting security as an issue.

Despite this perceived drawback, information technology research leader Gartner believes the bulk of new IT spending by 2016 will be cloud-based, most of it either private or hybrid (a mix of public and private).

SWAC also refers to the meteoric rise of social media as a consumer communication tool.

With a few keystrokes, a dissatisfied customer can broadcast complaints worldwide. This can result in a public relations disaster, as some companies have found to their chagrin.

Conversely, social media can be regarded as an opportunity to directly reach and influence customers. Like any marketing strategy, social media must be planned and implemented carefully and consistently.

Social media messages convey a personality, and the best campaigns reflect the company’s values and desired marketplace position. The interactive nature of social media gives it unique advantages over other forms of marketing.

First, mistakes and problems can be resolved quickly and publicly, further boosting credibility with customers. Second, its interactive nature fosters engagement and relationship building, both of which can increase customer loyalty.

Another growing trend is the so-called Internet of Things, or IoT. IoT refers to the communication sensors now embedded in appliances, personal items, house systems, vehicles and electronics. Cheaper bandwidth and greater connectivity have accelerated the growth of IoT.

Manufacturing companies can use this technology internally to improve equipment and processing monitoring. In 2013, the American Society for Quality found that only 13 percent of companies are using smart manufacturing, including IoT, but 82 percent of those who do reported increased efficiency.

While production companies have been using sensors and automated processes for decades, the IoT offers the next generation of integrated technology to improve output while reducing costs, errors and downtime.

Companies can also use data from IoT devices to improve product performance and customer service. Monitoring appliances from a distance, for example, can allow adjustment of settings to improve performance or reveal product flaws or necessary upgrades. Maintenance can be tied to the product’s performance in its actual environment rather than by scheduled hours of use.

The next-shoring movement is growing, which is good news for American jobs.

An annual survey by the Boston Consulting Group revealed in 2014 that 54 percent of executives from billion-dollar companies are considering an on-shore move, and 16 percent are implementing one.

Off-shoring built momentum in the 1990s when companies moved production overseas due in large part to cheaper labor costs. That advantage eroded in recent years as other countries enacted minimum wage standards.

Proximity to customers is a benefit, resulting in lower transportation costs and better customer service. Access to a talented American workforce and payoffs from investing in automated manufacturing technologies are also driving the trend.