In the largest national crackdown on Medicare fraud ever, 243 people from coast to coast – including 46 doctors and nurses – were arrested in mid-June for $712 million in false billings. 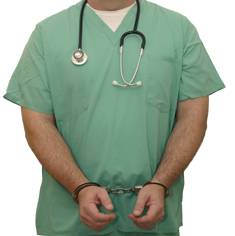 “The people charged in this case targeted the system each of us depends on in our most vulnerable moments,” said FBI Director James Comey. “Healthcare fraud is a crime that hurts all of us and each dollar taken from programs that help the sick and the suffering is one dollar too many.”

The most arrests came in Miami, where 73 defendants were arrested. In one case, a mental health center billed nearly $64 million over a six-year period for intensive psychotherapy treatments that were basically just moving patients to different locations, with patient recruiters receiving kickbacks, the Justice Department alleged.

In some schemes, “patients” were recruited from homeless shelters and off the streets, and were paid to share their Medicare numbers.

In Dallas, seven people were charged in healthcare schemes in which operators of a physician house call company exaggerated the length of visits and submitted $43 million in billings under one doctor’s name, regardless of who provided the service.

In Detroit, 16 were arrested for $122 million in false claims for services that were medically unnecessary or never rendered, including home health care, physicians’ visits, psychotherapy and pharmaceuticals.

In Brooklyn, nine were charged in physical and occupational therapy schemes, and in New Orleans 11 were arrested for $110 million in home healthcare and psychotherapy schemes.

In Los Angeles, a doctor was charged with false billings of $23 million for 1,000 power wheelchairs and other healthcare aids that were either not needed or never delivered.