Converting an Unincorporated Business Into an S Corp

For many business owners, converting an unincorporated small business into an S corp will save on costly self-employment (SE) taxes. 415 Group Manager Holly L. Lieser, CPA, shares her perspective: 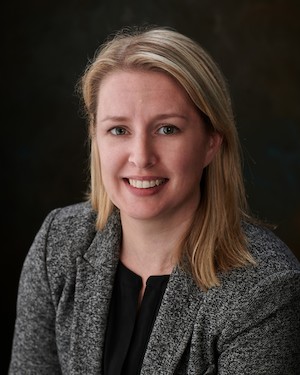 We see this a lot among sole proprietors, LLCs and partnerships.  Converting a business into an S corporation is a common practice, and it's a solid tax-savings strategy.  If you're a business owner, any income that flows to you is subject to high self-employment taxes.  But if your sole proprietorship, LLC or partnership forms into an S corporation, your only income that's subject to SE taxes is the salary that you earn as an employee.

The key to this strategy is to determine a reasonable wage.  It must be supportable to the IRS.  You will need to be able to justify the fair market value.  We've seen past returns for S corps, where the owner did not take any (or minimal) salary - that's a big audit flag for the IRS.

I recommend consulting with an advisor before converting your business into an S corp.  At 415 Group, we have the experience to examine the possible implications, and we have tools to help S corp owners determine a reasonable salary.

The federal self-employment (SE) tax just keeps going higher and higher. If you've reached the breaking point, there may be a way to tame the SE tax beast by converting your existing unincorporated small business into an S corporation.

How to Evaluate the Option

If you're a self-employed individual - meaning a sole proprietor, partner, or LLC member - you have to pay the SE tax on your net SE income. The SE tax has two parts:

2. The 2.9% or 3.8% Medicare tax. The Medicare part of the tax is due on an unlimited amount of net SE income. In other words, there's no ceiling.

After the ceiling is exceeded, the Social Security tax portion drops away, and the SE tax rate falls to 2.9% to cover the Medicare tax. However, the Medicare tax jumps to 3.8% once your self-employment income exceeds the applicable threshold ($200,000 for unmarried individuals or $250,000 for married couples filing jointly).

Note: The tax results are the same if you operate your business as a single-member LLC, which is treated as a sole proprietorship for federal tax purposes.

While the SE tax is painful now, it's could get worse in the future.

The employee share of the FICA tax is withheld from an S corporation shareholder-employee's salary; the other portion is paid by the corporation directly to the U.S. Treasury.

These tax-saving results are not a one-time phenomenon. You can collect similar Social Security and Medicare tax savings, or better, in future years if the business maintains or exceeds its current level of profitability.

Converting an unincorporated small business into an S corporation is not a great idea in all situations but it works for some businesses. Consult with your tax advisor for more information.