No business expects a significant business interruption, such as may be caused by a fire, an explosion, looting, blackouts or other natural or “unnatural” forces. 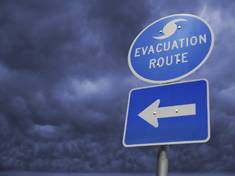 But when an interruption does occur, it is often necessary to determine the economic loss from the interruption so that a claim may be filed with an insurer or against a party who wrongfully caused the loss.

Business interruption damages can be difficult to measure and even more difficult to explain to a jury. It is also necessary that the damaged party be able to show that due diligence was exercised to mitigate the amount of the damages.

Measuring damages and demonstrating that due diligence measures were taken is facilitated by immediate planning when the business interruption first arises. An attorney should encourage a client to immediately hire a competent consultant, such as a CPA or other business adviser, to assist in documenting losses and due diligence steps.

A business interruption loss relates to the inability to generate income during the period of the interruption. It is necessary to prove what those lost earnings are and that the period for which losses are sought is reasonable.

Losses relate not only to the value of damaged property but also to the loss of the use of that property during the period of suspended operations.

Measuring lost profits is more complicated than simply examining profit for a representative prior period of operations. This is so because some normal operating expenses of the business will not be incurred during the period of suspended operations, and certain extraordinary expenses will arise solely because of the interruption.

Business interruption losses will normally consist of lost sales (net of normal commissions, discounts and bad debts) reduced by the costs normally associated with those sales. There will be a further reduction of losses caused by business expenses that can be avoided during the period of suspended operations, such as the wages of laid-off workers.

This business interruption loss should then be supplemented by extraordinary costs, such as damage clean up, repair costs and similar expenses that help to restore business operations and mitigate the economic loss from suspended operations.

Business interruption losses in a manufacturing environment must also consider the ability of the business to use excess capacity to mitigate losses. For example, a fire that destroys 25 percent of manufacturing capacity may result in no loss of normal operating profits if the business is operating at 60 percent of capacity before the fire. Losses may then consist only of extraordinary expenses designed to restore the lost capacity.

Any extraordinary expenses, such as hiring temporary workers, renting equipment or expediting shipping, obviously should be supported with dollar costs but also with an explanation of how the lost business profits were reduced by each expense. That is, the extraordinary costs should be incurred only if they reduce the lost profits.