In 2015, small business credit is again a key factor hampering growth and expansion. 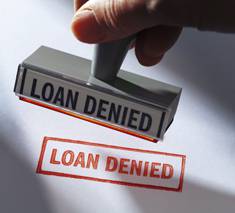 Businesses at all stages cite lack of credit availability as a top concern, according to the 2014 Joint Business Credit Survey administered by the Federal Reserve.

While startups perennially have difficulty because of not having a track record, the reporting of capital woes among mature companies – those over five years old – is troubling.

To get a true picture of the situation, the Federal Reserve weighted the 2014 responses to match small business population demographics in the 10 states participating, including sector, size and the stage of business. Despite the perceived need for capital in 2014, only 22 percent actually applied for credit.

Results were mixed. Loans sought were small, with more than two-thirds of small businesses looking for under $250,000. Just over half of the loans were approved, but many businesses didn’t receive the full amount requested.

Mid-size ($1 million – $10 million in sales) and large (over $10 million) businesses were twice as likely to report success, but only 70 percent of large businesses received the full request. The most sought after product was a line of credit, followed by term loans and credit cards. Applicants cited low credit scores (45 percent) and lack of collateral (30 percent) as the top reasons for denial. Effects of not receiving loans included expansion delay (47 percent). Businesses with low credit scores are actively seeking to improve those through paying down debt (41 percent) or consulting with business advisers (32 percent).

While some companies may not be creditworthy right now due to profitability or debt load, the survey administrators regard the results as evidence of a struggling small business sector. A reliable and reasonable pipeline of available credit is necessary for firms to start, grow and create jobs.

The U.S. Small Business Administration verified this problem in a 2013 lending report compiling national data. The SBA cites tighter regulations, consolidation of banks, and depressed collateral values as primary reasons for the sharp decrease in lending since the recession, which still hovered at 2002 levels in 2013. Regarding collateral, at the same time real estate values sank, the coverage requirement rose, a recipe for loan denial for otherwise viable businesses.

In response, the SBA is making changes to flagship programs. The SBA doesn’t directly provide loans. Instead the agency guarantees loans made by banks. This allows lenders to stretch their requirements in cases of startups, low collateral, inadequate debt coverage and other issues. Recent changes to the 7(a) program, which guarantees loans up to $5 million, include reduced or no fees (loans under $150,000), 1.1 debt service coverage ratio, and elimination of the personal resource test.

The personal resource test kicked some borrowers with high personal assets out of the program. Most banks require 1.2 or 1.25 coverage ratios, so the lower ratio is an example of SBA’s attempt to help more businesses qualify.

Another SBA program with expanded eligibility is the 504 plan, which provides up to 40 percent of a project’s capital needs through third-party lenders. The 504 plan already reduces borrower’s required equity from 20 percent to 10 percent. New rules expand the window for eligible expenses and allow the third-party lender to use non-project collateral if needed.

Another change in the small business credit marketplace is the rise in online lending. The Joint Business Credit Survey reported that close to 20 percent of applicants applied to an online source.

Other appealing attributes are quick decision times and better customer service. Applications can take under half an hour to complete, while the average for bank loans is 25 hours.

Right now online lending’s share of the total market is tiny, but according to The State of Small Business Lending paper from Harvard Business School, the sector grew 100 percent year-over-year from 2012 to 2013. The responsiveness and ease of online lending continues to feed growth as more players enter the field.

For example, retail giant Sam’s Club will soon be offering small business loans. Sam’s Club is building an online lending center offering SBA-backed loans of $5,000 to $350,000 with partner SmartBiz. Interest rates are projected to be 6-8 percent and repayment is flexible. Members will receive discounts on fees.

Other encouraging news regarding small business lending comes from Biz2Credit, an online lending portal. They reported in the May 2015 Small Business Lending Index that approval rates at big banks are rising, with a 21.9 percent loan approval rate, a 12 percent increase over the previous year. Small banks and credit union approval rates continue to hover at around 49 percent and 43 percent respectively. While far from ideal, the credit situation does appear to be improving.

In addition, looser SBA requirements and flexible lending programs will go a long way toward easing the credit crunch for small businesses.