Do you really get better bargains at outlet malls?

Outlet malls are big business and became even bigger during the recession. 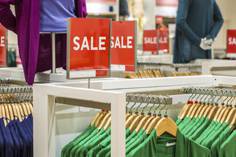 During the past eight years, 50 new outlet centers have been built nationwide, compared to only three retail malls. Sales grew 41 percent at outlet malls from 2006 to 2012 compared to 9 percent at retail malls, according to statistics by Consumer Reports magazine.

But do outlet centers really give shoppers the bargains they think they are getting?

Consumer Reports surveyed nearly 16,000 readers about their experiences at outlet centers, as well as did some of its own comparison shopping.

The findings? Two out of three shoppers are completely or very satisfied with their purchases.

The one-third of shoppers who were less satisfied cited the following issues:

There are fewer seconds in outlet malls today than there were in the past. Most products are now manufactured overseas and damaged items are weeded out.

Many items today are produced specifically for outlet stores. They may look similar, but have fewer detailed finishes. For instance, Consumer Reports said a Coach bag purchased at an outlet center didn’t have the embossed leather, as comfortable a handle or a curved zipper. But a textile expert said the bag was well made and styled true to the brand quality.

Consumer Reports offers the following tips to help get the best prices at outlet centers:

Outlet centers tend to be located away from other retail centers, so the price of gas is another consideration. One-third of outlet malls where readers shopped were 50 miles or more from their homes, and one in five was at least 100 miles away.

In the future, look for more outlet malls to add upscale restaurants, movie theaters and art and music festivals to attract shoppers.