Educate your employees on your company culture

When you think of the words “company culture,” what comes to mind? 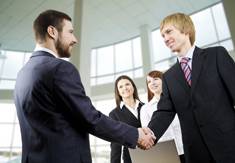 Do you think about a mission statement? Maybe a set of core values? Does anything particular come to mind?

The buzzword of “corporate culture” has been around for many years. Much time and money have been spent by many companies to study, document and develop a company culture.

Whether you’ve spent money on the concept or not, your company does have a culture – shared values, practices and accepted behaviors – and the more clear you are about what it really is, the better.

While mission and vision statements are helpful, they do not define or determine a company’s culture.

Many companies have framed copies of these documents hanging in their hallways, but anyone who walks through the halls of the business can tell you that the culture they experience doesn’t necessarily jive with the words on the wall.

That’s not true in every case, of course, but if you’re depending on the framed statements to determine the culture, you’re probably in for disappointment.

If your company has a strong culture, someone should be able to ask random employees to describe it, and they should get fairly similar answers. This is true whether the culture is positive or negative. Culture is pervasive.

So what is your company’s culture? How do you think your employees would answer that question?

It’s important not to leave that to chance, but to ingrain the culture you want your company to display in everything you do. Here are a few ways to do that:

1. Employee orientation – New employees need to be schooled in the cultural tenets of the company from the very first interaction, even before they become employees. Discussing the cultural expectations should be part of the interview process to help prospective employees make good decisions about whether or not they can abide by the values presented. After being hired, the messages should be integrated into the first few days of training and orientation to the company. Lip service, of course, isn’t enough. Hopefully, the new employees will experience the culture in the way others behave around them, starting with those at the top.

2. Training – It’s not enough to say that your company believes in certain cultural values. Employees need to be taught what that looks like. Otherwise, too much is left to interpretation. Let’s say, for instance, that your company has a cultural belief of “respect.” Does that mean simply saying “yes ma’am” and “yes sir,” or does it mean something else? Perhaps it includes allowing input from all and not interrupting someone when they are giving their input. Maybe it includes not speaking badly of competitors. Defining what the cultural norm means in behavioral terms will help employees better understand how to support the belief.

3. Accountability – It’s been said that human beings “study what’s on the test.” Put another way, if they aren’t graded on the cultural tenet, then it must not really be all that important. If you’re serious about your company’s culture being imbedded, it needs to be part of the evaluation process for all employees. That, again, is why training is so important. If you have taught your employees what behaviors are acceptable, then judging them on those behaviors is fair. Putting it “on the test’ reinforces the importance you put on the company culture being upheld.

Culture starts at the top. Your leaders must know, embrace and practice the values that make up your company’s culture. If they don’t, that’s where you need to start. Putting the words on the wall won’t make much difference – leading by example will.