Occupational fraud is a big problem in the United States. Estimates are that about 5 percent of all business revenue is lost to fraudulent activity. 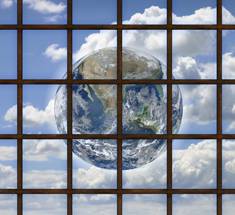 But, in other parts of the world, employee fraud is an even bigger issue for businesses to face.

While the median loss to victim organizations from fraud in the United States is $100,000, it is two to three times that much overseas.

Organizations hit by employee fraud in Eastern Europe and western/central Asia saw median losses of $383,000, according to the recently released 2014 Association of Certified Fraud Examiners (ACFE) Report to the Nations on Occupational Fraud and Abuse.

Part of the reason for that high number may be that top-level executives committed one-third of the crimes in Eastern Europe and Asia during this time period, far more than in any other part of the world. The median loss in each of those executive crimes was more than $1 million.

In North Africa and the Middle East, occupational fraud costs employers a median of $248,000, and in Asia-Pacific median losses are $240,000. In these two regions, approximately half of the fraud cases were committed by managers significantly more often than by top-level executives or regular employees.

The demographic make-up of the dishonest employees also differed significantly throughout the world.

In the United States and Canada, the perpetrator was almost as likely to be a woman as a man. Men committed about 54 percent of the crimes in both countries.

But in Southern Asia, occupational fraud was committed almost exclusively by men – 94 percent. In the Middle East and North Africa, women rarely were the perpetrators of fraud. Men were the culprits more than 90 percent of the time. In Western Europe, Eastern Europe and Central Asia, men were also the likely perpetrators four out five times.

The gender differences may also explain why employee thefts in other countries are for greater amounts – men steal more than women, according the study. The median theft by women in the 2014 ACFE study was $83,000. The median for men was more than twice as much – $185,000.