The Millennial generation – that generation of workers younger than 35 – may have suffered more than any other during the recent financial crisis. 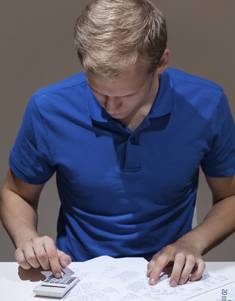 With college loans to be repaid and the unemployment rate skyrocketing, many new graduates moved back home with their parents and developed a dark outlook about their financial futures.

It’s not surprising that this financially wounded generation has developed a highly conservative mindset when it comes to money – not unlike those of the World War II generation who grew up during the Depression.

Members of the Millennial generation are much more likely to hold the majority of their assets in cash than the Gen X and Baby Boomer generations ahead of them, according to a recent survey by UBS Investor Watch.

They are younger, of course, so they have a longer investment timeline, but Millennial investors take a very conservative approach to the stock market, being happy to reach their investment goals rather than making comparisons to how the stock market is doing in general. They do not try to outperform the market, the study found.

While the majority of survey respondents across all generations said long-term investing is the key to achieving success, only 28 percent of Millennials believe that to be true.

Many Millennials, plagued with huge college loans, tend to prioritize working hard to save and pay off debt above investing in the stock market.

They’ve seen their parents struggle with their long-term investments during the recession and are wary of doing the same thing, the study said. Children of technology, members of the Millennial generation also tend to like instant gratification rather than long-term investments.

Members of the youngest working generation are the most worried of all generations, the study of more than 2,500 people found.