FinCEN cracking down on money laundering

The U.S. Government is focusing on specific cities in its attempt to crack down on money laundering by drug cartels. 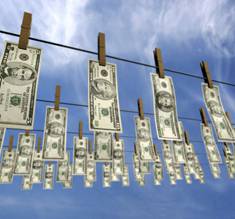 Last year, Los Angeles was targeted by the Financial Crimes Enforcement Network (FinCEN). In late April, Miami became the target of a concerted effort to disrupt the money-laundering infrastructure that the drug trafficking organizations rely on.

A Geographic Targeting Order (GTO), which became effective April 28 and will last for six months, is aimed at 700 businesses in Miami, primarily electronics exporters. For these businesses, the threshold for reporting cash transactions to FinCEN is lowered from $10,000 to $3,000. The GTO isn’t determining whether the businesses are aware or not that they are part of the money-laundering schemes, but rather are focused on breaking up the money-laundering system.

FinCEN said that drug proceeds come into the United States where they are converted into goods that are shipped to South America and sold, with the proceeds ultimately transferred back to drug cartels.

Each business has been notified of its obligations to report transactions of more than $3,000 on Form 8300, including information about the transaction and the people involved. The businesses are subject to criminal and civil penalties if they don’t.

In another money-laundering case handled by FinCEN recently, Trump Taj Mahal Casino Resort in Atlantic City, N.J., was fined $10 million for willful and repeated violations of the Bank Secrecy Act.

The casino resort admitted that it failed to implement and maintain effective anti-money-laundering standards and failed to report suspicious transactions.

“Trump Taj Mahal received many warnings about its deficiencies,” said FinCEN Director Jennifer Shasky Calvery. “Like all casinos in this country, Trump Taj Majal has a duty to help protect our financial system from being exploited by criminals, terrorists and other bad actors. Far from meeting these expectations, poor compliance practices over many years left the casino and our financial system unacceptably exposed.”