Five payment problems that can hurt your bottom line 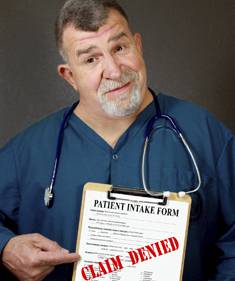 In particular, payment issues can weigh heavily on profitability, requiring the implementation of strategies that can help to address them.

Declining reimbursement is the No. 1 issue having a negative impact on practice profitability, according to a March 2014 survey by health technology provider CareCloud and QuantiaMD, America’s leading/largest social learning network for physicians.

The more-than-a-decade-long trend toward declining reimbursements has been exacerbated by the Affordable Care Act (ACA). As Medicare continues to adjust payments and Medicaid rolls swell, many insurers’ fees for physicians participating in health insurance exchanges have been set below those paid in networks for employer-sponsored plans.

Congress did pass a provision to equalize Medicaid fees with the higher Medicare rates for certain services as part of an effort to entice physicians to take on newly covered Medicaid patients – but for only two years. Medicaid parity ends Dec. 31, 2014. Legislation has been drafted to extend parity two more years.

Practices with declining revenues should review their payer mix. One simple way is to determine what percentage of total encounters each major plan represents for a 12-month period.

Compare that with the percentage of income each represents for that time frame. This comparison will give you a basic sense of your more profitable payers.

Many practice management consulting firms can provide in-depth payer-mix analyses. From the knowledge gained, a practice may decide to decline new patients from less profitable payers (check your payer contract to ensure there are no restrictions on refusing new patients) or choose not to contract with those payers in the future.

For a specific time period, list the most common denial codes, and separate them by category. If you have many denials for incorrect or missing information, these are issues you must address with front office staff. To prevent eligibility denials, for example, ensure staff verifies eligibility at check-in or when appointments are made.

If coding is an issue, clinical and coding staff training may be required. Coding denials may become an even bigger issue next year when ICD-10 is implemented.

A practice with a high percentage of denials due to front-end and coding issues may benefit from a revenue-cycle management system that scrubs claims, catching common errors prior to claim submission.

It is important to develop protocols in writing for managing denials. The guide should identify who is accountable for working the denials and include an action plan.

Woodcock notes that often staff will resubmit a claim without fixing it, which simply delays payment further, and the resubmitted claim may be returned as a duplicate.

A process should be in place to follow up on unpaid claims in a timely manner. A large percentage of aged accounts receivable may indicate a problem with payer mix and/or staff efficiency in handling denials and aged claims.

Check your state’s laws regarding prompt payment requirements for insurers. A practice may be entitled to interest on outstanding balances.

As insurers pass greater financial responsibility on to insureds, collecting copays, coinsurance and deductible amounts has become more difficult.Requiring payment at time of service should be standard practice.

Obtaining credit or debit card signatures-on-file is a good way to ensure automatic payment of any balance after the claim is adjudicated. Another option is to offer patients the choice of making payments online.

For patients with large balances, consider offering a healthcare credit card. The credit card company pays the balance and collects from the patient. There is a monthly fee to the practice based on a percentage of the total amount owed, but the debt is no longer on the practice’s books.