A scammer who bilked hundreds of desperate homeowners in “foreclosure rescue” schemes has been sentenced to 35 years in prison. 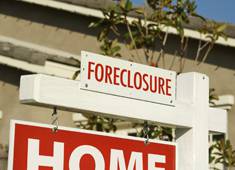 Charles Head, 40, stole titles to more than 300 homes and obtained more than $90 million in fraudulent loans in Los Angeles and Orange County, Calif., between 2004 and 2006.

Also convicted was Head’s brother, Jeremy Head, as well as 16 other defendants.

Charles Head, who initiated the scheme and was CEO of Head Financial Services, solicited homeowners facing foreclosure with promises of helping them avoid foreclosure and repair their credit, according to the Justice Department.

Instead, through misrepresentations, fraud and forgery, he tricked unsuspecting homeowners to complete transactions that substituted “straw buyers” on the owners’ home titles.

Then, equity loans were taken out that maximized the equity in the home by the straw buyers. The defendants shared the proceeds, and the actual owners were left with no home, no equity and bad credit.

“The defendant preyed on struggling and trusting homeowners, literally stealing the American Dream out from under them, with no remorse,” said Jose M. Martinez, special agent in charge, IRS-Criminal Investigation. “The sentencing signifies the continued effort by the IRS, FBI and U.S. Attorney’s Office to investigate and prosecute those who commit mortgage fraud.”

Head was sentenced by U.S. District Judge Kimberly J. Mueller in Sacramento, Calif., in September. He had been convicted in two jury trials of seven counts of mail fraud and two counts of conspiracy to commit mail fraud.