Get ready for the two-tiered payment system

In a little more than three years, medical practices will have to make a major decision, spurred by recent legislation repealing the sustainable growth rate formula. 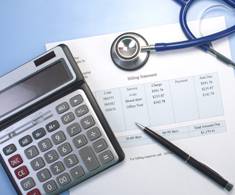 Practices will have to decide whether to participate in either a new fee-for-service payment model that offers a carrot and a stick or a higher-paying alternative payment model (APM) like an accountable care organization, bundled payment arrangement or patient-centered medical home.

The legislation signed into law in April that scrapped the sustainable growth rate formula in favor of a two-tiered, value-based payment system is designed to push physicians toward APMs.

The law, known as H.R. 2: Medicare Access and CHIP Reauthorization Act of 2015 (Public Law 114-10), supports the goal of the Department of Health & Human Services set by Secretary Sylvia Mathews Burwell last January. Her goal is to have 50 percent of Medicare spending (not including managed care) in value-based payment models by 2018.

Adjusting to the new paradigm

The implications for physicians and their practices are enormous. Value-based payments are the future. Physicians who choose to participate in the new payment model, the Merit-Based Incentive Payment System (MIPS), will be paid less in the future than those in APMs.

Practices, particularly those that have been slow to embrace transformational initiatives, will need to adjust their business models to align with the new paradigm.

Specifically, it will be important for practices to identify cost efficiencies to reduce the risk of downward payment adjustments. Some experts predict an acceleration of the trend toward consolidation into large groups and hospital systems.

Certainly, H.R. 2 adds pressure on physicians to adopt an electronic health record (EHR) system. Physician usage of EHRs stood at only 62.8 percent in January 2015, according to a survey by research firm SK&A.

Not surprisingly, hospital- and health system-owned practices on average reported the highest usage at nearly 71 percent and at 70 percent, respectively. Larger practices show higher usage (79.5 percent for offices with 11 to 25 physicians) than solo practices (54.5 percent usage).

“The new payment system heightens the burden on providers to track, report and improve quality performance,” said Lisa Bielamowicz, M.D., chief medical officer for The Advisory Board Company. The company is a leading provider of performance improvement software and solutions to the healthcare and higher education industries.

In an April 15 Daily Briefing, Bielamowicz noted that “providers need to ensure they are on track to building dynamic capabilities for monitoring and analyzing quality performance.”

The legislation sets aside $20 million each year from 2016 through 2020 to help small practices of 15 or fewer professionals with the transition. Priority will be given to practices in rural, shortage and medically underserved areas, as well as to low-scoring practices.

The Merit-Based Incentive Payment System goes into effect in 2019 when fee-for-service payments will be frozen. It consolidates and replaces current performance programs for eligible professionals.

The score will determine eligibility for a bonus or a penalty ranging from +/- 4 percent in 2019 and rising each year through 2022, when it maxes out at +/- 9 percent. An additional 10 percent bonus can be earned for reaching a threshold for excellent performance each year.

Participants in APMs are exempt from MIPS and will be eligible for a 5 percent annual bonus from 2019 to 2024 provided a certain percentage of their Medicare payments come through the APM. In 2019 the amount is 25 percent.

The threshold rises to 50 percent in 2021 and 75 percent in 2023. However, in each of the latter years, the total can include all payers with a minimum of 25 percent from Medicare.

The healthcare industry may well see greater growth and competition among payment models, but not without risk.

Under the legislation, “APMs must include more than nominal risk,” said Danielle Lloyd, MPH.

Lloyd is vice president of policy and advocacy and deputy director of the Washington, D.C., office of Premier, Inc., a healthcare performance improvement alliance. She notes that the question remains how much will need to be at risk for an accountable care organization (ACO) to be qualified.

In April, Centers for Medicare & Medicaid Services reported that only three of the 404 ACOs in the Medicare Shared Savings Program participate in the two-sided risk track.

Bielamowicz believes the 5 percent bonus may spur greater participation in an ACO model with downside risk.

In 2026, the extra bonuses given to excellent MIPS performers and the 5 percent bonuses to APMs expire, and the two-tiered payment system begins.

Rate hikes will favor participants in APMs, whose increases will be three times that of nonparticipants, specifically 0.75 percent vs. 0.25 percent.

The full fallout from H.R. 2 may not be known for several years.

“We don’t know all of the implications yet,” said Lloyd. “A lot will be left unclear until we get the rule making.”