The new Office of Management and Budget “Super Circular” goes into effect on that date, with the goal of strengthening federal grant making. 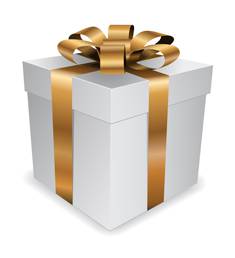 Increasing grant impact and making awards based on merit were also goals. The process included three main areas of reform:

Reforms to administrative requirements – A key area is an emphasis on performance, a trend that’s been building in the grant world. Instead of adding regulations, the new rules give OMB the authority to waive compliance requirements in cases of innovative projects that are cost-effective and collaborate across programs.

This provision reveals a willingness to be flexible in the interest of efficient and productive spending. In tandem, more fixed amounts will be released upon meeting milestones and an increased focus on meeting and reporting performance goals. This has implications for the grants management in the areas of setting achievable goals and tracking performance.

A change that has been a long time coming is allowing computers to be classified as supplies rather than equipment. Increased flexibility in the retention of electronic records and associated internal controls has also been implemented.

To improve efficiency across agencies, requirements for awards, reporting and payment of interest earned on federal funds have been standardized. Oversight changes include an emphasis on conflicts of interest, internal controls and monitoring sub-recipients.

Reforms to cost principles – A couple of changes in costing will allow organizations to cover more overhead costs, often a difficult proposition.

Organizations that get a lot of federal grants often negotiate an indirect cost rate so they can automatically use a certain percentage to cover overhead.

For organizations that are new to federal grants or don’t have measures to calculate indirect rates easily, the new regulations allow 10 percent to be used.

Some administrative costs can also be considered direct costs in certain circumstances, another win for small organizations. Sub-recipients will be eligible for the indirect rate, whether negotiated or standard. Those with negotiated rates will be allowed to extend them for four years.

Time and effort reporting is another area that came under scrutiny. Although personnel activity reports won’t specifically be required, there is an emphasis on internal controls.

Charging wages and salaries to federal grants must be justified, and there must be procedures in place to assure that correct amounts are charged. Other cost areas with new guidelines include conferences, advertising, fringe benefits and entertainment.

Dependent care may be included in travel expense under certain circumstances. Audit costs can now be considered allowable indirect costs in situations where single audits are not required, another plus for nonprofits.

Audit requirements – Many changes were made to OMB Circular A-133, Audits of States, Local Governments, and Nonprofit Organizations. Most revolved around the so-called single audit, a strict organization-wide audit of an organization or government spending more than a certain amount in federal funding during a fiscal year.

Single audit changes go into effect for years ending Dec. 31, 2015, or later. One major change is the increase in the threshold triggering a single audit from $500,000 to $750,000. This means many organizations will be spared the expense of a single audit, which can add thousands to audit costs.

The questioned costs threshold has also been raised from $10,000 to $25,000. Questioned costs are situations in which the auditor finds funds that weren’t spent correctly, or worse, involved fraud or misappropriation. The auditor must also provide a description of how the questionable nature of the costs was determined.

These changes will create a ripple effect on every part of an organization’s federal grant process. The first step is for key personnel to read and thoroughly understand the key changes that apply to their organization.

Grant writing, management and reporting may all be impacted. For example, the increased emphasis on results means that achievable goals should be identified up front in tandem with a system to gather and report performance metrics. Costing changes affect budgeting procedures and, while an allowable indirect rate can be a benefit, it also means less money for program costs.

Work with your CPA to ensure your next audit and single audit will meet all new government regulations and requirements.