A provision in the Tax Cuts and Jobs Act limits state and local tax (SALT) itemized deductions. A handful of high-tax states enacted workarounds, but the IRS has issued additional regulations to block those. 415 Group Senior Manager Carol Polatas, CPA, MT, explains the controversy and what it means for taxpayers in this area. 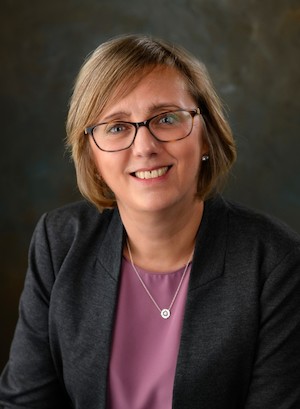 There’s been a lot of publicity on this SALT limitation relative to the fact that the IRS has put a cap on SALT deductions at $10,000, when previously taxpayers who itemized generally could deduct at 100 percent. Some taxpayers feel like they’re being penalized from the standpoint that they’re losing federal tax deductions while living in high-tax states.

It’s interesting there’s been so much effort to circumvent the SALT limits when less than 10 percent of taxpayers are projected to be impacted. Now that the standard deduction has nearly doubled, fewer taxpayers will itemize and SALT deductions are only available to itemizers. Ironically, many taxpayers who claim to be disadvantaged under the new law likely received no direct benefit from the SALT deduction under prior law as high-tax states’ taxpayers are often subject to alternative minimum tax (AMT) and SALT are not deductible under AMT.

If you have any uncertainty as to whether you’ll be impacted by the SALT limitations, 415 Group can help alleviate some of those questions. We have in-house expertise and a partnership with CPAmerica that gives our firm additional SALT resources.

In recent weeks, the IRS has issued a series of proposed regulationsto help clarify provisions of the Tax Cuts and Jobs Act (TCJA). One of the most controversial parts of the law is the limit on individuals' deductions for state and local taxes (SALT) that goes into effect this year.

In the wake of the TCJA, lawmakers in some high-tax states have enacted charitable contribution "workarounds" to preserve federal tax breaks for their residents. Earlier this summer, several states — New York, New Jersey, Connecticut and Maryland — filed a lawsuit against the U.S. Department of Treasury and the IRS, alleging that the SALT limitation is an "unconstitutional assault on states' sovereign choices."

As they execute their 2018 year-end tax planning strategies and head into tax filing season, here's what individual taxpayers need to know about the SALT limitation and state attempts to circumvent it.

Under the TCJA, for 2018 through 2025, itemized deductions for personal SALT amounts are limited to a combined total of only $10,000 ($5,000 if you use married filing separately status). The limitation applies to the aggregate of state and local 1) income (or sales) taxes, and 2) property taxes.

Moreover, personal foreign real property taxes can no longer be deducted at all. So, if you're lucky enough to own a vacation villa in France, a cottage in Canada or a beach condo in Costa Rica, you're out of luck when it comes to deducting the property taxes.

These changes unfavorably affect individuals who pay large amounts of property taxes because:

The changes also will have an impact on some taxpayers who have state and local income tax liability. Income tax rates vary dramatically across the country, with several states having no state income tax. Higher-income taxpayers (who of course also are more likely to own expensive homes or multiple homes) in locales with income tax will be most affected. But the impact may also be significant on some middle class dual-income married couples in such locales, especially if they also own a home and their state has higher tax rates or they live in an area where property values are high overall.

People in these categories will now see their SALT deduction drop, in some cases significantly, because of the new limit. And there's no deduction carryforward for taxes paid in excess of the $10,000 limit.

However, the SALT limit doesn't apply to taxes paid in connection with 1) a trade or business, or 2) the production of income. The U.S. Department of Treasury estimates that only about 5% of taxpayers will itemize and have SALT deductions above the limit.

Individuals are allowed to claim itemized deductions for charitable contributions to qualified organizations. Giving money to an individual or a foreign organization generally isn't deductible, except for donations made to certain qualifying Canadian not-for-profits.

If a contribution entitles you to merchandise, goods or services — such as admission to a charity ball, banquet or theatrical performance — you can deduct only the amount that exceeds the fair market value of the benefit received. The proposed regulations on the SALT limitation (see main article) extend this quid-pro-quo principle to state tax benefits provided to a donor in return for making charitable contributions.

Before 2018, the deduction for charitable contributions generally couldn't be more than 50% of your adjusted gross income (AGI) — and, in some cases, 20% and 30% limits applied. Any contributions that exceeded these limits could be carried over.

Important note:The deduction for charitable contributions is available only to taxpayers who itemize deductions on their federal income tax return; those who take the standard deduction receive no federal income tax incentive to donate. The TCJA substantially increases the standard deduction, so the U.S. Department of Treasury expects only about 10% of taxpayers to itemize deductions on their 2018 returns.

Before the TCJA, more than 30 states had school choice and other tax credit programs in place to provide breaks to taxpayers for making charitable donations. The federal income tax treatment of payments and property transfers under state and local tax credit programs wasn't an issue. Why? The payment or transfer could be taken as an itemized deduction on the taxpayer's federal income tax return, regardless of whether the amount was characterized as a payment of state tax or a charitable contribution. (See "Deducting Charitable Contributions" above.)

The IRS allowed taxpayers to claim a deduction for the full amount of the contribution made in return for a state tax credit, without subtracting the value of the credit. The government generally didn't try to regulate state tax credit programs because they didn't affect how much tax revenue the IRS collected.

Under the TCJA, however, the characterization of a payment or transfer to a state or local tax credit program is relevant, because of the new SALT deduction limit. To bypass the SALT limitation, lawmakers in some high-tax states have turned to state and local tax credit programs. The workaround programs provide tax credits in return for contributions by taxpayers to or for the use of an eligible state agency or charitable organization.

For example, New York has established new "charitable gifts trust funds" to which taxpayers can make charitable contributions and claim a tax credit equal to 85% of the donation. Similarly, New Jersey enacted legislation that permits localities to establish charitable funds to which taxpayers can contribute and receive a 90% New Jersey property tax credit. The intention is that these contributions can be claimed as a charitable deduction on federal tax returns, to help make up for deductions lost due to the SALT limit.

So, the IRS issued proposed regs to prevent charitable contributions from being used to circumvent the new limit on SALT deductions.

The proposed SALT limitation regs eliminate the benefit of charitable contribution workarounds enacted by the states. The IRS has concluded that, "when a taxpayer receives or expects to receive a state or local tax credit in return for a payment or transfer to [an eligible entity], the receipt of this tax benefit constitutes a quid pro quo that may preclude a full deduction."

Under the proposed regs, if you make payments or transfer property to an entity eligible to receive tax deductible contributions, you'll have to reduce your federal charitable deduction by the amount of any state or local tax credit received.

However, if a taxpayer receives or expects to receive a state and local tax deduction that exceeds the amount of the payment or the fair market value of the property transferred, his or her charitable contribution deduction would have to be reduced.

Important note: The proposed regs also don't apply to state and local tax credits of 15% or less of the cash paid, or of the fair market value of the property transferred, to the state. So, if you make a $10,000 contribution to an eligible entity and the state tax credit received or expected to be received is $1,500 or less, you won't be required to reduce your federal deduction.

In a recent IRS press release Treasury Secretary Steven T. Mnuchin said, "Congress limited the deduction for state and local taxes that predominantly benefited high-income earners to help pay for major tax cuts for American families. The proposed rule will uphold that limitation by preventing attempts to convert tax payments into charitable contributions. We appreciate the value of state tax credit programs, particularly school choice initiatives, and we believe the proposed rule will have no impact on federal tax benefits for donations to school choice programs for about 99% of taxpayers compared to prior law."

The new regs are in proposed form, but taxpayers can rely on them until final regulations are issued. The proposed regs apply to contributions made after August 27, 2018.

Contact your tax advisor for more information about this new limitation and other provisions of the TCJA. He or she can help you determine whether it will make sense for you to itemize deductions for 2018 and how that impacts your year-end tax planning, as well as brainstorm other saving strategies under the new law, based on your circumstances.