The first three Private Company Council-developed Accounting Standards Updates are effective for the first annual period beginning after Dec. 15, 2014, and interim periods within annual periods beginning after Dec. 15, 2015. Accordingly, many entities will be issuing financial statements applying these updates for the first time this coming reporting season. 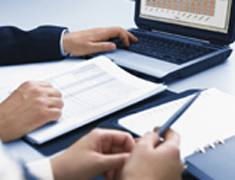 These first Accounting Standards Updates (ASUs) developed by the Private Company Council (PCC) are titled ASU 2014-02, Accounting for Goodwill, ASU 2014-03, Accounting for Certain Receive-Variable, Pay-Fixed Interest Rate Swaps – Simplified Hedge Accounting Approach, and ASU 2014-07, Applying Variable Interest Entities Guidance to Common Control Leasing Arrangements. While many entities are eager to adopt one or more of the PCC-developed ASUs, accountants need to be aware that each has unique and specific transition requirements.

You may benefit from an outline of the transition requirements for each PCC-developed ASU, which can help you to focus on areas that may be overlooked.

The fourth PCC-developed ASU, ASU 2014-18, Accounting for Identifiable Intangible Assets in a Business Combination, is effective upon the occurrence of the first transaction that is within scope in fiscal years beginning after Dec. 15, 2015. However, early application is permitted.

The following table summarizes the different transition methods for each PCC-developed ASU:

As noted above, the transition requirements for ASU 2014-02 require application of the alternative for all goodwill. Thus, an entity will need to consider the effect of amortization of pre-existing goodwill when considering adoption of ASU 2014-18.

For an existing swap, the documentation required by FASB ASC 815-20-25-3 to qualify for hedge accounting must be completed in the period of adoption by the date on which the first annual financial statements are available to be issued rather than concurrently at hedge inception.

Early application is permitted for all four PCC-developed ASUs for any annual or interim period before which an entity’s financial statements are available to be issued.