A Richmond real estate developer who defrauded the state and federal governments out of millions in historic restoration tax credits and then tried to flee after his conviction has been sentenced to 20 years in prison. 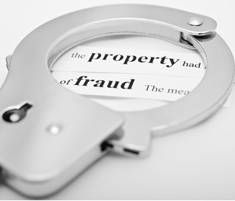 Billy Gene Jefferson Jr., 52, pleaded guilty to the scheme in which he grossly inflated rehabilitation costs of a former tobacco manufacturing plant and 10 other historic buildings in Richmond, Va. The loss in federal credits was nearly $6 million, and the loss in state credits more than $7 million. Jefferson then sold many of the tax credits to corporate investors.

After Jefferson pleaded guilty in December 2013, he was released on bond to allow him to gather funds to repay his investors before beginning a prison term of 6.5 years. He agreed to repay nearly $13 million in restitution and pay fines approaching $2.5 million.

Jefferson’s real estate fortune was valued at nearly $45 million, and his mansion at $2.4 million. The plea agreement said Jefferson was to “liquidate a sufficient amount” of his holdings to make restitution payments.

But instead of working to repay his investors, Jefferson spent much of his fortune and tried to hide the rest through hundreds of covert transactions. He also created a fraudulent Arkansas driver’s license using his brother’s name and bought a one-way charter flight to England.

Jefferson was arrested in February and jailed. In September, he was sentenced to 20 years in prison, with restitution to be determined at a later date.