How fighting ageism can help your business

Discriminating against potential or existing employees because of age is illegal. It’s also an obsolete practice that can hamper company performance. 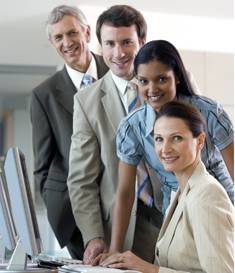 Like other forms of discrimination, ageism is based on stereotypes and assumptions, most of them negative – Older people don’t want to learn new technology. They are set in their ways. They want too much money.

Conversely, the younger generation is also often stereotyped – Young people have no work ethic. They feel entitled. They aren’t loyal to their employers.

In reality, there are slight differences between generations, according to a recent study on generation differences by University of Minnesota. But workers of all ages bring many positives to their jobs, and there are many benefits to creating a mixed-age work force.

The Age Discrimination of Employment Act of 1967 added employee age to other protected demographic characteristic such as race, religion, gender and national origin. The law protects against age discrimination related to “hiring, firing, pay, job assignments, promotions, layoff, training, fringe benefits and any other term or condition of employment.” Harassment is also prohibited.

The act protects workers over 40, but some states have laws protecting younger workers, too.

Shifting demographics is a fact and requires adaption by business. Like it or not, the percentage of older workers is increasing, and they are needed to fill jobs.

The study found differences in attitude across the groups:

However, there were striking similarities between the groups, enough to make a cohesive and positive work place possible for diverse ages.

That said, there is usually a difference in experience level between workers of various ages, and that can be used to benefit your company. Older workers often have the benefit of a rich store of varied positions and work functions and can apply those to their present job. They are often highly productive due to many years of learning how to work smarter.

Many older people enjoy sharing their experience and insights with those coming up behind them and thus can mentor new employees. In turn, young workers often bring enthusiasm and desire to learn to their positions. In an atmosphere of mutual respect, these mixed-age teams can flourish and accomplish more than cohorts in a single age group.

A survey by Jobcentre Plus in the United Kingdom validates these conclusions. Two-thirds of workers of all ages prefer a multi-age workplace. Lesley Strathie, Chief Executive, Jobcentre Plus commented: “Both older and younger workers appreciate and learn from the qualities each brings to the workplace.”

Many companies serve an age-diverse customer base so reflecting those demographics in customer service employees makes sense.

Continuity is also important to maintaining long-term company viability. Older workers often offer important institutional memory that is lost once they leave. A company needs younger workers to learn from these professionals, and in a situation where all workers are young, there is often a deficit in experience level that hampers performance.

Strategies to manage multiple generations in the workplace are similar to best practices in any company. Generations at work: Managing the clash of veterans, boomers, Xers, and nexters in your workplace by Zemke, Raines, & Filipczak, cites several initiatives that help improve “intergenerational comfort.” These include fostering open and honest communication and adaptable, flexible management that balances the concerns of people with concerns about tasks. Respecting competence and offering training in varied formats are also mentioned as practical strategies.

Age is a false measure of employee value. Instead, choose your employees based on the qualities, talents and commitment they bring to your company, regardless of birth date.