How to hire the best candidate for your practice

Hiring the wrong person can throw your whole office into chaos. 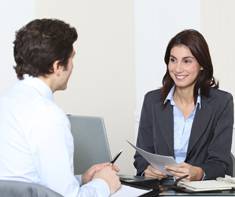 Interpersonal conflicts, bad chemistry, whatever you want to call it – when your staff doesn’t work well together, the practice doesn’t run well.

Spending some extra time during the hiring process may pay off many times over if it means finding someone who will fit in and get along with the rest of your employees.

The best way to do this is to involve your staff in interviewing job candidates and deciding whom to hire. Select three or four employees who will be working closely with the new person, and conduct team interviews.

Ask questions in the interview that might uncover a problem personality, for example:

Be wary of hiring people who have difficulty being objective about conflicts with others, admitting personal shortcomings or acknowledging their need at times for another’s help.

During the interview, look for cues that might indicate difficulty relating to other people. These include failure to answer questions directly, lack of eye contact, flat affect, neglecting to smile at appropriate times and an odd emotional tone.

Simple nervousness, however, is natural and does not necessarily reveal a problem.

Once you have narrowed the field to two or three prospects, have the interview team take each one out to lunch to get to know them better. People tend to be more spontaneous in a social setting than they do in a job interview. This step will often tip the balance toward the right person to hire.

Don’t overlook three other sources of information that should help you decide who even gets to the interview process. These are the applicants’ resumes, application forms and job references.

Look for unexplained gaps in job history, and probe for the reasons. The explanation might be legitimate, such as taking care of a child or an elderly parent.

Or the applicant might have been in prison or earning money illegally. If the explanation doesn’t ring true, beware.

Reference checks can help to uncover difficulty in getting along with others, a poor work ethic and other problems. But most people are reluctant to say anything bad about former employees.

You have to read between the lines. Listen for pauses, for what is not said and for unenthusiastic appraisals of the person. Ask former supervisors the following questions:

Some other red flags on applications and resumes include:

You shouldn’t rule out an otherwise attractive job candidate on the basis of a single vague inference. However, if you start to see a pattern that gives you reason to pause, hiring that person could be a mistake you will live to regret.