One in five manufacturers worldwide has suffered a loss of intellectual property during the last year, according to a new study of nearly 4,000 IT managers in 27 countries by Kaspersky Lab. 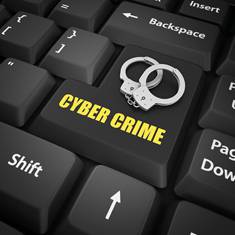 The most common cause of data loss was through the use of malware, which was cited by 23 percent of manufacturers. Other methods of cybercrime used to steal intellectual property included software vulnerabilities (8 percent), network intrusion (8 percent), information leaked on mobile devices (5 percent) and targeted attacks (3 percent).

Protecting highly sensitive data or new research and development breakthroughs was the No. 1 technology concern of manufacturers. While more than half said they are highly organized and systematic in dealing with IT threats, the other 45 percent said they need to improve protections.

In the manufacturing industry, losses came most often in financial/bank information (29 percent) or in internal operational information, such as process details (19 percent).

Targeted attacks have the greatest economic impact on manufacturers, with the cost for a small or medium-size business averaging $84,000, the report said. For large business enterprises, the cost of a targeted attack averages $2.54 million.

The dollar impact of cybercrimes include immediate cleanup as well as the revenue from lost business opportunities, cost to the company’s reputation, and prices to install new software and hire consultants to prevent future incidents.

The average price tags to the business of the following cybercrimes are, according to the study: