Can you imagine waiting for your tax refund – and it never arrives? 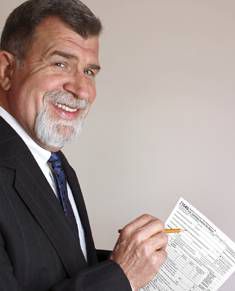 Not because you don’t deserve it or the IRS didn’t send it, but because an unscrupulous tax preparer substituted his bank routing number for yours after you signed the form.

And then, worse news, the IRS doesn’t reimburse you for your loss.

That scenario has happened to hundreds of taxpayers who made the mistake of trusting unscrupulous, uncredentialed preparers.

But preparer fraud victims are at the back of the line when it comes to getting a refund from an IRS barraged with hundreds of thousands of identity theft cases it is processing.

In fact, the IRS has generally declined to issue refunds to victims of preparer fraud at all, according to National Taxpayer Advocate Nina Olson.

“The IRS has consistently dragged its heels, making one excuse after another, because providing relief to these victims just is not a high enough priority, or more disturbingly, because the IRS simply does not want to provide relief,” says Olson in the report she submitted to Congress and the IRS entitled “Areas of Focus, Return Preparer Fraud: A Sad Story.”

Between 2000 and 2011, the IRS Office of Chief Counsel issued four opinions and other guidance authorizing the IRS to issue replacement refunds to the victims of tax preparer fraud.

But no refunds have been issued by the IRS, Olson said.

Some victims have been waiting since 2008 to be reimbursed, the advocates office reports.

One section of the new Taxpayer Bill of Rights that was adopted recently by the IRS states “Taxpayers have the right to expect appropriate action will be taken against employees, return preparers and others who wrongfully use or disclose taxpayer return information.

“Nowhere has the IRS failed to abide by the Taxpayer Bill of Rights more than with respect to the issue of return preparer refund fraud,” Olson said.

Olson’s report said IRS Commissioner John A. Koskinen decided in March that the IRS would issue refunds to victims who have filed police reports and met certain other substantiation requirements. To date, that decision hasn’t been implemented by the IRS and no date has been given for victims to expect refunds, Olson said.

3. Continuing education courses to ensure preparers keep up to date with the many frequent tax-law changes

4. A taxpayer education campaign to help guide taxpayers to credentialed practitioners such as CPAs, attorneys and Enrolled Agents.