Is a micro-captive insurance company for your business?

Too many questions, not enough answers.

Sounds like the title of a bad song, right? 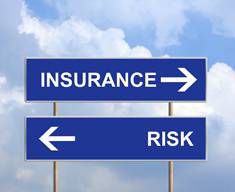 Without the right answers, many business owners are left to wonder if a captive is “too risky,” “not for me” or “just too good to be true.”

In reality, a captive insurance company is a way for businesses to self-insure certain risks, including those that would otherwise not be possible through traditional markets.

Yes, there are also certain tax and estate planning advantages to a captive, but to be clear, there must be insurable risks identified before an entity can be formed.

Captives are stand-alone insurance companies that have their own policies and premiums as determined by independent actuaries. They report to the department of insurance of the domicile in which they are formed.

What is a micro-captive?

Captive insurance has been around in its primitive form since the late 1800s and domestically in the United States since the mid-1950s. Today, the vast majority of Fortune 500 companies have one or more captive insurance entities, which help the parent company self-insure against a variety of insurable risks.

A micro-captive gives small to mid-sized businesses that same ability. A micro-captive insurance company is an entity that makes an election under Section 831(b) of the IRS tax code. This section states that an entity must have $1.2 million or less in net written premiums.

The insurance is primarily supplied and controlled by its owners. The insured has direct involvement and influence over the captive’s major operations, which include its underwriting, claim management policies and investment management.

The insured is also the primary beneficiaries of the policies and can customize each one on a year-to-year basis. Policies and premiums are determined by an independent actuary.

What are the benefits?

A captive insurance company can help businesses avoid the volatility of the cyclical insurance market by self-insuring against current risks and maintaining control of the risk management process.

Under current rules, the IRS has effectively eliminated businesses’ ability to deduct for future expenses unless they use a captive.

A captive is not a subsidiary of the insured – it is its own separate entity. The liability for a captive insurance company is limited to the exposure on the policies it underwrites. A captive also gives the insured an ability to write policies on nontraditional insurable risk that otherwise may be available through large carriers.

While they are primarily insurance companies, micro-captives have become very attractive because IRS code Section 831(b) allows up to $1.2 million in net written premiums to be nontaxable.

Conversely, premiums paid to the micro-captive by the insured are deductible as an insurance expense, which would decrease ordinary business income. The micro-captive is taxed on its net investment income after business expenses directly related to the investment income are apportioned. As the entity pays dividends, the owners of the captive pay tax at the dividend rate, which, in all likelihood, is significantly lower than the insured’s ordinary tax rate.

As opposed to being owned by the principals of the insured, the captive has the option of being owned by a trust assigned to children or other heirs. These owners should be made aware that they are also taking on the risk of claims in the insurance policies written by the captive.

Is your business a candidate for a micro-captive insurance company?

An ideal micro-captive owner’s business should have:

In turn, there should be an adequate amount of uninsured risk within a business so that the micro-captive is successful. The owner’s business should be privately held and have steady profits for an extended period, although a company does not have to meet all of these criteria. Many owners have an entrepreneurial mind and are willing to take a measured degree of insurance risk required to run a captive.

To get started, the first step would be to contact a captive manager. A captive manager will typically provide a no-cost initial assessment of whether the company is a good fit for a captive insurance company and if there is insurable risk on which policies can be written.

If it is determined that the company is a fit, a feasibility study will be conducted with the assistance of an actuary to determine the specifics of the captive, including coverage, premiums, support, ownership, investment selection, controls and domicile selection, among other items.

Finally, if the company agrees to go forward with the captive, the selected captive manager will help to guide the company through the remainder of the captive’s formation.

With the increased cost effectiveness for organization and management, there is no better time to explore the possibility of forming a micro-captive for small to mid-size businesses. Alex Hearn, CPA, and Andrew Donohoe, CPA, VonLehman