Is getting a college education worth it today?

A question you hear more and more in these days of soaring student debt and high unemployment is “Is getting a college education worth it?” 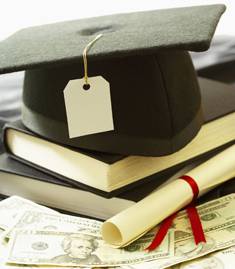 The answer to that question is clearly “yes,” according to the results of a recent study by Pew Research Center in conjunction with the U.S. Census Bureau, even though seven in 10 students graduate with student debt – loans that average almost $30,000.

College graduates of all generations – and most of all the current Millennial generation – fare considerably better in all measures of economic well-being.

The study found young Millennial-age college graduates between the ages of 25-32:

While one quarter of Millennial graduates said they have no regrets at all about their college experience, Millennials more than any other generation express multiple misgivings about their education decisions.

The choice of college major and how hard they worked in college are sources of regret to a considerable number of Millennial-age graduates.

One-third of liberal arts, social science and education majors wish they had majored in something else, compared to 28 percent of business graduates and 24 percent of science and engineering majors.

More than one-third of college graduates say they wish they had studied harder, and half said that having more work experience would have better prepared them for the job they wanted.

They may not have studied as hard as they could have, but today’s Millennial Generation is the most educated generation in history. One-third have at least a bachelor’s degree, compared to 13 percent in 1965 and 24 percent in the late 1970s and early 1980s.

In contrast, the proportion of those with no college after high school has declined from 43 percent in 1965 to just 26 percent today.

While educational level has increased significantly in the Millennial Generation, the study found that the impact of the recession has kept earnings flat among full-time employees.

While paying off those college loans can take a big chunk of those wages for some graduates, debt varies widely, and those students that shop carefully for schools with lower tuition, hold jobs while they study or receive more financial support from their families will enter the workforce less encumbered.