Is your business tuned in to changes in U.S. population?

The makeup of the population of the United States is changing – and it’s changing quickly. 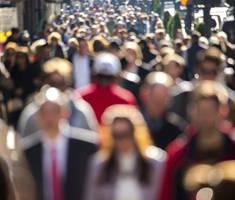 Businesses large and small need to be aware of those changes to help them stay a step ahead of the curve in the future as far as inventory, design, potential expansion, advertising appeals and other commercial strategies.

For the first time, the children of Baby Boomers outnumber their parents, according to the newest population figures released by the U.S. Census Bureau on June 25, 2015. The population estimates show changes between April 1, 2010, and July 1, 2014. The current population of the United States is more than 321 million, making it the third most populous country in the world, following China and India.

Millennials – those young Americans born roughly between 1982 and 2000 – now have overtaken Baby Boomers by 83 million to 75 million and account for more than one-quarter of the U.S. population.

The Millennial generation is also much more ethnically diverse than the generation of their parents. While the oldest members of the Baby Boom generation, those 65 and older, are nearly 80 percent white non-Hispanic, 44.2 percent of Millennials are part of a minority race or ethnic group.

The number of minorities grows even larger at younger ages, the Census Bureau found. In children under 5 years of age in the United States, 50.2 percent are members of a minority race or ethnic group.