Medical liability premiums: Where are they headed?

A ballot initiative in California this November could have implications for tort reform legislation in other states and ramifications for future medical liability insurance premiums. 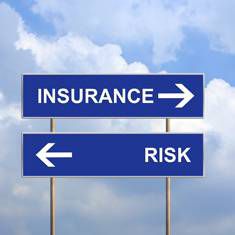 Voters in the Golden State will be deciding whether to raise the cap on noneconomic damages in medical malpractice awards from $250,000 to more than $1.1 million with mandatory cost-of-living adjustments. If the ballot passes, its fiscal impact on state and local government medical malpractice costs is expected to be “at least in the low tens of millions of dollars annually, potentially ranging to over $100 million annually,” according to California’s Legislative Analyst’s Office.

Last March, the Florida Supreme Court struck down the Sunshine State’s cap on noneconomic damages in medical malpractice suits alleging wrongful death when there are multiple complainants. The court determined that the law was discriminatory and did not provide equal protection under the Florida Constitution.

Bolstered by the overturn of caps in states like Florida and the possible quadrupling of caps on noneconomic damages in California, litigators in other states may challenge tort reforms. Many analysts expect that changes to caps will put upward pressure on medical professional liability (MPL) premiums as insurers’ payouts rise.

Premiums for most physicians have been declining for the past six or seven years, during a time when many states instituted caps on pain and suffering.

To be sure, some specialties pay more than others, as do physicians in certain geographic locales, such as Florida’s Miami-Dade County or New York’s Long Island. However, physicians in Texas, whose premium rates rivaled New York’s in 2003, pay half those rates today, according to the Texas Medical Association.

The number and amounts of payouts have been reduced substantially. Claim frequency decreased from nearly 20,000 in 2001 to 12,142 in 2012, while payout amounts decreased from about $5 billion to $3.6 billion during the period, revealed an analysis of medical liability payouts for claims against physicians by Diederich Healthcare. Diederich used data from the National Practitioner Data Bank, which doesn’t include suits filed against hospitals.

Last year was the first time since 2003 that total medical malpractice payouts increased, rising by $168 million, or 4.7 percent, over 2012. Despite an increase in losses, MPL insurers remain profitable. But an assault on state tort reforms may well help to bring an end to that profitability. Additionally, health reform and the changing healthcare landscape bring new and emerging risks for MPL insurers.

A recent Rand Corporation study estimated the effect the Affordable Care Act (ACA) will have on MPL insurance. Based on the influx of newly insured individuals, researchers project the number of claims will rise 5 percent, with aggregate liability claim payments increasing by approximately $160 million in 2016 dollars. The estimate takes into account that insured individuals obtain about 30 percent to 40 percent more care than uninsured individuals.

Additionally, quality initiatives included in some ACA provisions may have the potential to expand physician liability. Litigators may seek to bring negligence suits based on failure to comply with new standards of care. But it is unknown whether courts would accept new causes of action based on ACA provisions.

Emerging technologies in diagnosis and treatment and their effect on standards of care also raise risk.

The ACA authorized $50 million for state demonstration programs to evaluate alternatives to current medical tort litigation, although it does not appear that any grants have yet been given.

There is a renewed focus on “creating alternatives to jury trials in favor of quick decisions made by judicial experts (health courts), enhanced liability protection for physicians who follow established clinical guidelines and take responsibility for errors, and risk management efforts that focus on ensuring patient safety,“ notes a 2014 American College of Physicians position paper on medical liability reform.

Currently, the MPL market is stable. The industry’s capitalization and reserves remain strong, and MPL insurers are currently profitable. But decreasing premiums and increasing frequency and severity of claims are signs that the “soft” market is nearing its end.

Added to that are the uncertainties surrounding tort reform rollbacks, health reform and changes to the healthcare delivery system. However, despite the internal and external pressures insurers face, market analysts expect MPL premiums to remain relatively stable during the next few years.