Most medical office staff should not expect “significant raises” this year. 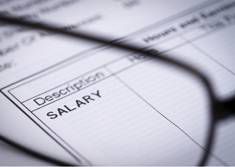 Three of four physicians and administrators expressed an inability to provide higher wages to office staff in the 2014 Staff Salary Survey by Physicians Practices.

Nearly half of medical practices aren’t hiring either, according to the 1,400 respondents to the survey – 42 percent have the same number of staff they had two years ago.

The study measured the salaries of all staff members, ranging from physician assistants and nurse practitioners to front office staff. Personnel salaries were averaged, including those with no experience to those with 20-plus years of experience, and divided into regions of the country.

Not surprisingly, most salaries were highest in the West. The lowest tended to vary depending on the position between the Southeast, South Central, Mid-Atlantic and Northeast.

Registered Nurse The percentage of practices with at least one registered nurse on staff is 48.8 percent. The average salary for a registered nurse ranges from a low of $48,533 in the Mid-Atlantic region to a high of $66,878 in the West.

Nurse Manager The average salary range for a nurse manager is from $60,594 in the South Central region to a high of $85,065 in the West. Nurse managers are on staff at more than 20 percent of practices.

Physician Assistant Physician assistants are on staff at almost 26 percent of practices. Their salary ranges from a low of $74,752 in the Northeast to a high of $87,791 in the Southeast.

Medical Assistant Slightly more than 60 percent of practices employ a medical assistant. Medical assistants earn an average salary ranging from $28,358 in the Southeast to $33,733 in the West.

Most of the medical practices – nearly 90 percent – have a traditional fee-for-service payment model. Another approximately 15 percent use a direct-pay/cash-only model.

Only 2.8 percent of medical practices receive payment as concierge/membership practices, while 5.8 percent use some other payment model.

In fact, according to the survey results, 36.6 percent of doctors practice in a one-physician-only office. In addition to the single-doctor practice, the percentages for medical practices of other sizes are as follows:

The makeup of their medical practices is cited below: