Law enforcement is continuing to crack down on Medicare fraud – and the number of cases seems endless. 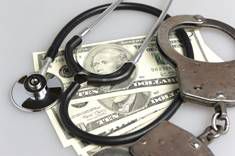 A huge arrest in May 2014 – when 90 people were arrested from coast to coast in Medicare schemes that totaled over $260 million – may have just been the tip of the iceberg as IRS investigators continue to unmask fraud on a weekly basis.

Here are some of the latest cases: