Many Americans haven’t recovered from being burned in the stock market plunge of the late 2000s. Their portfolios may have come back if they held tight through the storm, but the emotional scars are still there. 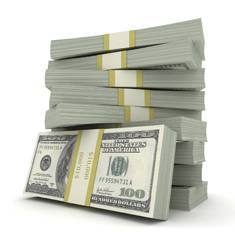 That’s also true for the wealthiest of Americans, according to the 2014 U.S. Trust Insights on Wealth and Worth survey of nearly 700 high net worth individuals across the nation. Approximately one-third of them have between $3 million and $5 million in investable assets, one-third have between $5 million and $10 million, and the other third have more than $10 million.

Over half (55 percent) of the millionaires currently are holding one-tenth of their fortune in cash, and intend to keep it there. And two in 10 millionaires have 25 percent of their portfolios in cash.

Many of those holding higher amounts of cash are the ones who missed out on the market rally of the past few years. Two-thirds feel they are not on track to meet their personal goals and expectations.

Most of the wealthy either own or are interested in owning tangible assets or using investment strategies that don’t correlate to the broad market, the report said. Men and investors over age 69 place greater importance on broad market indices such as Standard & Poor’s.

Younger millionaires in the Millennials age group (under 33 years of age) have most interest in private equity, hedge funds and tangible assets, such as fine art.

As the economy has improved, about 40 percent who were surveyed described themselves as “bullishly optimistic.”

But the other 60 percent express varying degrees of pessimism, uncertainty and fear. Women – who made up 43 percent of the high net worth individuals in the study – are more likely than men to want to play it safe.

One-tenth of the millionaires in the study believe stock prices will fall, and another 12 percent are playing it safe because they are fearful of losing money.

At the other end of the spectrum, 12 percent are “highly opportunistic in down markets and ready to pounce.”

As far as taxes on their investments are concerned, fewer high net worth individuals in the study see minimizing taxes as a priority compared to past studies. But women, as well as the wealthiest group of investors, are more likely to feel that minimizing their tax situation is a priority.