Members of the Millennial Generation are getting tired of living with their parents or renting apartments with roommates. 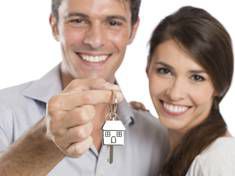 As the young adults are starting to breathe after surviving a difficult recession, more and more of the 35-and-under age group are beginning to take the leap to home ownership, according to studies by Zillow and other real estate groups.

The number of young adult renters who plan to buy a home this year increased in more than half of the metropolitan areas across the country, the 2015 Zillow study found.

As Millennials soon replace Generation X as the biggest home-buying generation, the trend is toward building smaller homes for the first-time homebuyers. Starter homes on the market have one of the biggest deficits in history, according to RealtyTrac. As home prices continue to increase getting closer to previous values, more existing homes are expected to be put on the market.

Single-family housing production rose 4.4 percent in March to a seasonally adjusted annual rate of 618,000 units, according to the National Association of Home Builders.

Not surprisingly, the top 10 housing markets in the country right now are all on the West Coast, eight of them in California, according to Trulia, which analyzed home sales from February 5 to April 5 of this year. Trulia conducts the study each year at this time, and the results are considered one of the earliest leading indicators of trends in home buying. The analysis takes into account changes in the mix of listed homes, reflecting trends in prices and rents for similar homes in similar neighborhoods.

In San Francisco, San Jose and Oakland, at least 70 percent of homes are sold within two months of listing. San Diego, Sacramento, Los Angeles, Orange County and Ventura County also had strong sales and, outside California, Salt Lake City and Seattle saw some of the fastest sales in the country, the Trulia study found.

Sluggish housing markets, on the other hand, have the opposite results. In the two-month period of the Trulia study, nearly 70 percent are still unsold in the New York areas of Albany, Syracuse and Long Island, as well as Columbia, S.C.; Knoxville, Tenn.; and Pittsburgh, Pa. Miami, Fla., is also on the list.

Nationally, 40 percent of homes sold within two months, up from 38 percent in 2014. Lower-priced homes sold the fastest.

Now that most of the foreclosures are off the market, home prices are on the rise – 13 times faster than wage growth, according to a RealtyTrac report. In the period from 2012 to 2014, home prices rose 17 percent, while median wages increased just 1.3 percent, the report said.

The areas of the country with the highest home appreciation compared to wage growth – where buying a home is more difficult for more people – are Merced, Calif.; Memphis, Tenn.; Santa Cruz, Calif.; and Augusta, Ga.

The least affordable place to buy a home today is Brooklyn, N.Y., where a homebuyer would have to spend 98 percent of the median income to buy a median-priced home – $615,000. San Francisco is not far behind.