All we seem to hear about these days is how many people want to move into the United States. 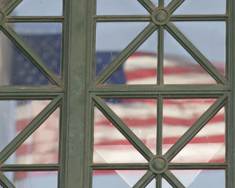 So, it may come as a surprise to learn that more Americans than ever want to move out.

Last year, 3,000 people gave up their American citizenship, more than triple the number in 2012.

Many are leaving for tax reasons, others to be with family, some to return to their homeland, and a growing number to retire. Under U.S. tax law, it is no longer relevant why someone chooses to renounce citizenship, but before 2004 expatriates had to pay U.S. tax for a full 10 years after expatriating if their motive was tax avoidance. The tax avoidance motive was very difficult for the government to prove, so the “motive test” was done away with in 2004.

But the numbers continue to grow. In the first six months of 2014, nearly 1,600 Americans renounced their citizenship, according to recently released U.S. Treasury statistics.

The Treasury Department actually publishes the names of all individuals who give up their citizenship, which is how it was discovered a few years back that Facebook co-founder Eduardo Saverin did just that when he moved to Singapore – taking his billions with him, according to Forbes magazine. His departure caused outrage in Congress. Singer Tina Turner is another who recently gave up her citizenship and is living in Switzerland now.

The United States is the only developed country that taxes the income its citizens earn anywhere in the world, regardless of where they live or where the income is earned. Americans living in other countries do receive a foreign tax credit to offset taxes paid in another country on some, but typically not all, earned income.

Some of the exodus is linked to the U.S. government’s crackdown on foreign banks through the Foreign Account Tax Compliance Act (FATCA), passed in 2010, requiring financial institutions to disclose the assets of Americans living abroad. Most foreign banks cooperate, but some aren’t happy about the situation and refuse to take U.S. accounts.

There are huge penalties for not claiming income that comes to light in foreign bank account reports, FBARs. U.S. citizens living abroad now also must submit FATCA Form 8938 with their income tax returns.

So maintaining citizenship while living abroad can have a high price tag, which is why more and more Americans are giving up their citizenship. But giving up citizenship does not come without a cost – at least for high-income Americans.

An expatriation tax applies to Americans who renounce their citizenship or long-term residents who ended their U.S. resident status for tax purposes after June 16, 2008, if any of the following apply to the expatriot (Sections 877 and 877a of the Internal Revenue Code):

U.S. citizens who renounce their citizenship or long-term citizens giving up their green cards after June 16, 2008, are charged an exit tax and are deemed to have sold all of their worldwide property at fair market value the day before they expatriate. They must pay capital gains tax on that amount. For 2014, they receive an exemption of $680,000.

In addition, none of the positive tax provisions of the tax code apply, such as the $250,000 single/$500,000 married exemption on selling your primary residence, which makes the exit tax more like an estate tax. The exit tax can be deferred until such time that the assets are actually sold, but the capital gains tax rate at the time of the sale applies.