Nearly 17 million more Americans have healthcare coverage as a result of the Affordable Care Act, with more than half of those enrolling through their employer health plans. 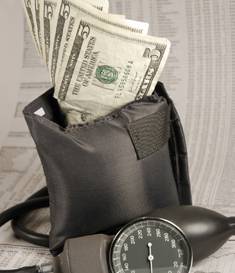 A newly released study by the nonprofit, nonpartisan RAND Corporation found that, contrary to initial expectations, the largest share of new insureds have enrolled through employer health plans – 9.6 million.

The rest enrolled through the military, Medicare, state plans and other non-marketplace individual plans.

The study of enrollments from September 2013 through February 2015 found that 22.8 million Americans became newly insured, while 5.9 lost coverage, for a net increase of 16.9 million.

The 80 percent of the nonelderly population who had insurance in September 2013 – 125.2 Americans ∧ experienced no change in the source of their insurance, the May 2015 report said.

“The Affordable Care Act has greatly expanded health insurance coverage, but it has caused little change in the way most previously-covered Americans are getting health insurance coverage,” said RAND economist Katherine Carman, lead author of the study. The RAND study is believed to be the first to examine the Affordable Care Act enrollments since the end of the second enrollment period.

Applicable large employers are required to offer health insurance to 95 percent of their full-time employees and their dependents up to age 26. The employer must report this information to the IRS on Form 1094-C and Form 1095-C, beginning in 2016.