What are the biggest charities in the United States? 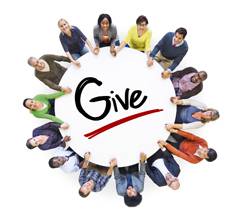 In one of its famous lists, Forbes magazine has ranked the 50 largest U.S. charities based on private donations for 2013, the last year that complete figures are available. Donations can be cash, securities or goods.

Not surprisingly, once again United Way led the list with $3.87 billion in donations, though the huge charity saw a slight drop (1.5 percent) from the previous year’s $3.97 billion. Next were the Salvation Army, which had a 10 percent increase, and Feeding America, which saw a 22 percent increase from the year before, moving it up from No. 4 to No. 3 on the list.

Overall, the 50 charities saw a 3 percent increase in donations, totaling $31 billion overall. Not included in the ranking are government grants, investment returns and fees for services.

The magazine also measured the effectiveness rate or “charitable commitment,” the percentage of donations that were used for the charitable purpose of the organization, as opposed to management, certain overhead expenses and fundraising. The average for all of the top 50 charities was 88 percent. Charities that receive in-kind gifts – goods and services – tend to have higher percentages.

Forbes also looked at fundraising efficiency and found that it averaged 92 percent. So, basically, it cost the top 50 charities an average of 8 cents to earn $1 in donations. The percent can vary widely depending on the type of charity and the fundraising methods necessary.

Here is Forbes’ list of the top 50 charities, based on donations, as well as the percent of donations that were used directly for the nonprofit’s charitable purpose.