A new Accounting Standards Update represents a significant change for many entities not only in their financial statements but also in their business dealings with customers. 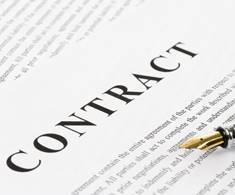 While it may seem natural to defer consideration of the new standard given the number of years before required adoption, the magnitude of the changes in financial reporting and, more significantly, the conduct of business in the economy necessitate advance planning.

The standard cites a core principle: An entity should recognize revenue to depict the transfer of promised goods or services to customers in an amount that reflects the consideration to which the entity expects to be entitled in exchange for those goods and services.

The application of the core principle is broken down into five steps:

1. Identify the contract(s) with a customer.

2. Identify the performance obligations in the contract.

4. Allocate the transaction price to the performance obligations in the contract.

5. Recognize revenue when, or as, the entity satisfies a performance obligation.

Implementation Advice on Identifying the Contract with a Customer

The new standard references the term “contract” frequently. In the United States, we typically think of a contract as a written legal document. Under the standard, contracts can be written, oral or implied by an entity’s customary business practices.

While a contract can be more than a written legal document, it must be enforceable as a matter of law. The concept of enforceability will create a new legal element to practice.

The contract must also meet certain criteria to qualify as a contract for which revenue is recognized. The criteria include a determination that it is probable that the entity will collect the consideration in the contract. These criteria, in effect, will create a definition of “contract” under U.S. generally accepted accounting principles (U.S. GAAP).

Contracts should be combined if they:

Contract modifications are accounted for as a separate contract if:

Contract modifications that do not meet these criteria should be accounted for as:

Contract modifications need to be approved by the parties to a contract. A modification can be approved in writing or by oral agreement, or implied by customary business practices. This may result in a change in accounting practice for certain unapproved change orders and claims.

Throughout the standard, the terms “contract asset” or “contract liability” are used. Contract assets are used when an entity performs by transferring goods or services before the customer pays the consideration or as an account receivable, depending on the nature of the entity’s right to consideration for its performance.

If an entity has billed its customer for goods or services for which it has satisfied its performance obligations, this amount should be shown as an account receivable. If an entity has an asset under the standard prior to having the right to consideration, the asset is known as a contract asset.

Contract liabilities can exist if a customer pays consideration or an amount of consideration is due before an entity performs by transferring a good or service.

The standard does allow alternatives to the terms “contract asset” and “contract liability.” This may allow the continued use of terms like “billings in excess of costs on uncompleted contract,” seen in typical construction financial statements.

However, if using an alternative term, the entity should provide sufficient information for a user of the financial statements to distinguish between unconditional rights to consideration (receivables) and conditional rights to consideration (contract assets). Further, it will be important to monitor trends in usage of terms as the standard is implemented because using old terms may cause users to question whether an entity has completely and accurately applied the new standard.