As technology continues to move faster than any of us could have imagined, the next big innovation is on the near horizon – cars that can drive themselves. 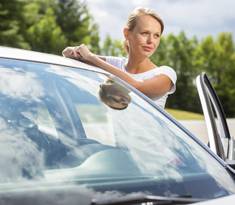 The new technology will save lives by reducing crashes, according to Rand, and will also bring a reduction in congestion, fuel consumption and pollution. In addition, self-driving vehicles will help the mobility of the disabled and the elderly, the research group said.

Of 1,500 Americans surveyed about their willingness to purchase partially or fully self-driving vehicles, the majority (55 percent) said they would likely or very likely purchase a partially autonomous vehicle within five years. Approximately 44 percent said they would be willing to buy a fully self-driving vehicle within 10 years.

The price of self-driving vehicles is expected to cost an additional $2,000 to $10,000 initially, but those prices are expected to drop as years go by, Boston Consulting Group said. By 2025, self-driving cars could be a $42 billion industry, the consulting group said.

About 20 percent of consumers in the survey said they would pay more than $5,000 extra for features such as highway or urban autopilot. In China, Germany, Japan and other countries, consumers would be willing to pay even more.

Drawbacks to the self-driving cars, according to Rand, include that congestion might increase as more people travel in their cars and that jobs in certain automobile repair and mass transit occupations could be reduced.

One of the most impacted industries would be taxis, Boston Consulting said, because fully automated “robo-taxis” would be considerably cheaper to ride in than traditional taxis.

Inconsistent state regulations could be an issue and could even result in limits of where the cars could be driven. Manufacturing liability issues and security from cyberattacks also will have to be addressed, Rand said.