A Tennessee man who bilked Nissan North America out of over half a million dollars has been sentenced to five years in prison for mail fraud and money laundering. U.S. District Judge William J. Hynes, Jr., handed down Carter’s sentence Feb. 13, 2015. 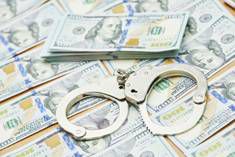 Carter’s job from March 2007 to April 2008 was to negotiate settlements with attorneys who brought claims from Nissan owners. During that time, he filed more than 80 false claims.

The Nissan owners were directed to deposit the checks, with Carter and his accomplices receiving kickbacks.

The co-defendants in the case were previously sentenced to between five months in a halfway house to 20 months in prison. They also had to pay restitution to Nissan.