The amount of office space nationwide that is rented to high-tech businesses is growing – and so are the rents. 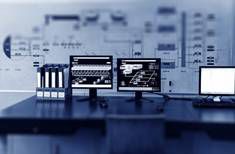 High tech is the top industry leasing office space nationwide, accounting for 20 percent of major leases in 2014, up from 14 percent a year ago, according to the latest research by CBRE Group, Inc., the world’s largest commercial real estate firm.

Many markets with a heavy saturation of high-tech businesses are also seeing double-digit rent growth.

Leading the way, not surprisingly, is San Francisco. High-tech job growth during the two years from 2011 to 2013 was 51 percent. Rents correspondingly rose nearly 35 percent from the second quarter of 2012 to 2014, the CBRE study found.

Silicon Valley, 40 miles to the south, had the next highest rent increase – 21 percent – after seeing job growth of 20 percent during the same period. And the San Francisco peninsula saw 19 percent rent increases as jobs grew 30 percent.

High-tech job growth – as well as office rent – has mushroomed in other parts of the country as well.

Some markets have seen substantial high-tech job growth but not corresponding rent increases, according to CBRE and Bureau of Labor Statistics: