Outsourcing IT Brings Peace of Mind 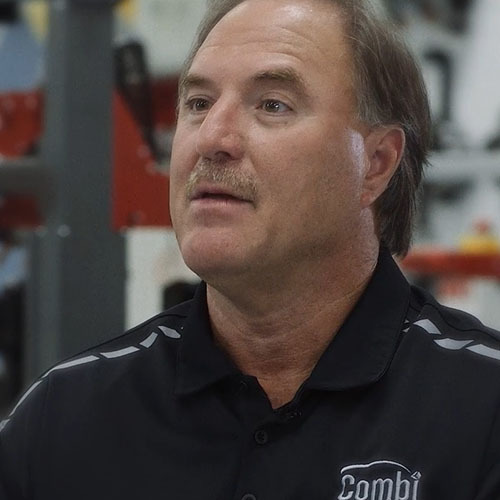 As a CEO, the last thing I want to hear is that our servers are
down, or that somebody can’t get their email, or send a PDF. Those
are nuisance issues. I hired 415 Group to take IT off my plate and
make my pain go away. They did, and that’s been a lifesaver.

WHEN YOUR IT DEPARTMENT IS MORE OF A HASSLE THAN A HELP, TIME TO CHANGE.

In 2012, Combi CEO John Fisher had a problem. With demand growing for his company’s end-of-line packaging systems, he wanted to focus on CEO things: revenue growth, cost-reduction, profitability, employee satisfaction. But a steady stream of IT issues posed a constant distraction.

“We’re located out in the middle of a cornfield, so we’d have problems like, if it rained two inches, all of our servers went down,” Fisher says. “I’d have a hundred employees here, unable to log on, and my internal person would walk around, drink his six cups of coffee and take days to get us back up.”

Then he had a revelation. Combi’s business was making machines, not fixing IT meltdowns. “I didn’t want to worry about it anymore. I wanted someone else to just handle it. 415 Group understood this.”

OUTSOURCING IT TO BRING PEACE OF MIND

As a CEO, the last thing I want to hear is that our servers are down, or that somebody can’t get their email, or send a PDF. Those are nuisance issues. I hired 415 Group to take IT off my plate and make my pain go away. They did, and that’s been a lifesaver. — John Fisher, CEO, Combi Packaging For years, Fisher had turned to 415 Group to just “put out fires” as a buffer to his internal IT staff, but increasingly found that reactive “break-fix” approach less than ideal. He wanted to pre-empt problems and eliminate downtime. He wanted better service, optimized hardware, centralization, and greater output from all areas within the company, from engineering to sales.

Most of all, he wanted the peace of mind that would come from knowing his IT would be actively and fully managed to keep Combi running smoothly.

Established in 1979 in Canton, Ohio, Combi engineers and installs industrial packaging equipment for a variety of industries. CEO John Fisher began using 415 Group's IT services more than a decade ago, eventually outsourcing Combi's entire IT function to them - a move he says freed him up to focus on what he does best: leading the industry's premier source for end-of-line automated packaging systems.

THE BENEFIT OF A PARTNER, THE EXPERIENCE OF A TEAM

“When I sat down with 415 Group and laid out what I wanted, I learned that they were already doing these things for other companies,” Fisher says. That included asset utilization, remote monitoring of servers, and a 24/7 help desk for employees.

“My management team looked at the ROI for the higher level of service and we thought it was very affordable. After learning the credentials of the people who’d be on the Combi team, I came to terms with not having an IT person on staff anymore — and have not looked back. Once 415 Group came on board, this whole issue of dealing with the IT support area just went away for me.”

His staff felt the sea change as well, Fisher says. “For the first time, I could see just how much frustration all of my employees had been having. They came up to me, saying ‘we finally have this solved’ and ‘they literally care about what’s going on’ and ‘they’re fixing it!’ Before, whenever anyone had an IT problem, our internal person would simply tell them ‘reboot.’ That was then.”

A SCALABLE SOLUTION THAT KEEPS PACE WITH GROWTH

Fisher says he plans to grow Combi into a $50 million packaging company within the next five years, thanks to its development of higher-end automation equipment — and he sees his partnership with 415 Group as essential during that expansion phase.

“Their people have been business owners and entrepreneurs themselves. They think like me. They talk bottom line. It’s one of the greatest advantages I’ve personally gotten from Combi’s partnership with 415 Group,” he says. “We’re going to hire more employees. We’re going to need more systems. And I’m confident 415 Group will be at our side, growing along with us.”