The American patent system is the underpinning of our economy. 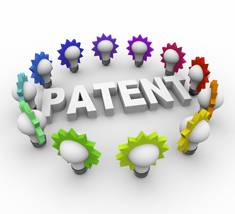 Since the early 1800s, the ability to create, register and benefit from an original idea has produced innumerable businesses, jobs and wealth. In 2014 alone, more than 8.6 million patents were filed, with each guaranteeing exclusive use for 20 years.

Why then is patent reform such a hot button topic?

The answer lies in another important aspect of patent law – the ability to protect one’s intellectual property from infringement.

Patents can be shared with permission by the holder, usually through licensing agreements that allow the licensee to manufacture products using proprietary technologies and designs.

For example, an inventor may not plan to manufacture an item or material but will make it available to companies that can use it in their products. Considered tangible property, patents can also be mortgaged, sold or passed to heirs.

With recent success stories of patents like Lipitor generating over $100 billion in revenues, there’s no argument that patents need protection. Patents can generate new revenues for decades, and the success of many companies depends on them. Loss of patent status can cause bankruptcy and failure.

The scope of a patent is defined in the filing, and infringement arises when another party manufactures, uses or sells the patented technology. This is why obtaining a patent is not a simple process and involves searching existing and pending patents to ensure that the new one won’t infringe another.

Holders who discover someone is apparently infringing on their patent, can sue in federal court. If found guilty, the infringer may have to pay monetary damages and stop using the technology. Sometimes a licensing agreement can be reached.

With a legal system that appears to have worked well for almost 200 years, why the current focus on reform?

As with any endeavor or industry that generates enormous amounts of money, companies with valuable patents are being targeted. Cases of claimed patent infringement have skyrocketed, with two-thirds of cases in 2013 filed by non-practicing entities.

Although some non-practicing entities are perfectly legitimate – including individual inventors, university labs and development firms – the term has also come to encompass those called by a less complimentary term: patent trolls.

Patent trolls, also known as patent assertion entities, make a practice of filing frivolous lawsuits against companies. Although recognized as a form of extortion, so far trolls have merely exploited loopholes in the patent laws. The key issues include:

Another problem in tandem with the explosion in lawsuits is the enormous number of broad and false patents filed by trolls. Any reform needs to tighten the approval procedure to eliminate patents filed purely for the intention of suing other patent holders.

Although a patent reform bill was passed in 2011 – the America Invents Acts – provisions weren’t toothy enough to stem abuse.

Since that law passed, trolls stepped up their activity especially in targeting non-manufacturing businesses. The impact on these other groups has actually resulted in more pressure to truly eliminate loopholes and discourage meritless suits.

Rep. Bob Goodlatte, chairman of the House Judiciary Committee, has stated his commitment to work with the House and Senate to pass meaningful reforms in 2015.