Public charity: Does your organization pass the test?

To be a public charity, an organization must meet one of the Internal Revenue Code Section 509(a) tests. 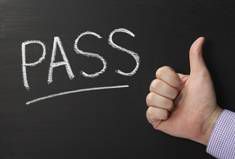 This article focuses on the first listed test, Section 509(a)(1), and the ramifications for a charitable organization described in this section. To understand 509(a)(1), it is helpful to understand the alternative 509(a)(2) test. Future articles in the series will address 509(a)(2) in detail, but provide you with certain important distinctions here.

Generally speaking, the public support tests under 509(a)(1) and (a)(2) are designed to make sure that a 501(c)(3) organization has a sufficiently broad base of support to be classified as a public charity and not a private foundation.

Code Section 170(b)(1)(A)(i)-(v) includes subsections for churches, schools, hospitals and governmental units. These organizations are treated as public charities based upon the nature of the organization’s activities.

There are two applicable tests under 509(a)(1). First, if the entity’s public support is greater than 33.33 percent, it is automatically classified as a public charity. However, even if public support is less than 33.33 percent, it may still qualify as a public charity under the subjective 10 percent “facts and circumstances” test.

Because the 509(a)(1) test does not include fees from the performance of activities related to an organization’s exempt purpose – referred to interchangeably as fees, fees for services, or gross receipts – in the support calculation, it is often necessary to first determine whether certain revenues, which may be labeled as “grants,” are even included in the calculation.

A grant is defined as an amount given to an organization that is intended to encourage the grantee organization to carry on its exempt purpose. Fees, on the other hand, serve direct and immediate needs of the payor rather than conferring a benefit upon the general public. Fees would include sales or services, while a grant would be used specifically to help the organization in executing its exempt purpose or mission.

Thus, a grant could state that the recipient must produce 1 million educational booklets. If the booklets are then distributed by the charity to the general public, the primary benefit is to the non-grantor (the general public) and the revenues are considered to be contributions. If the booklets are to be delivered back to the grantor, who will then decide what to do with the booklets, then the primary benefit has been provided to the payor and the revenues are treated as fees.

As noted above, fees are not included in either the numerator or denominator of the calculation. Described below is the treatment of contributions in computing the public support of a 509(a)(1) entity.

The testing period for the 509(a)(1) public support test is five years: the current filing year and the preceding four years. In determining whether an entity has sufficient “public support,” the calculation requires that you identify those contributions that are not considered “good” support.

To arrive at the desired greater than 33.33 percent threshold, only this “good” money goes into the numerator, while all contributions go into the denominator. The amount from a single donor received during the five-year testing period which exceeds 2 percent of the total support of an organization over the five-year period is not “good” money.

Importantly, the regulations provide that amounts from the U.S. government or political subdivisions (states, cities, etc.) and other 509(a)(1)/170(b)(1)(A)(vi) organizations are not subject to this 2 percent limit.

Assume that an organization had $50 million in support over a five-year test period. Two percent of that is $1 million. If an individual, corporation or private foundation donor gave $3.5 million over the testing period, all of the donor’s contributions would go into the denominator, but only $1 million would be “good” money and included in the numerator.

Thus, large amounts from single donors can have a very significant negative impact on the percentage of public support. However, if the $3 million contribution came from a U.S. governmental unit or 509(a)(1) organization, the entire amount would be classified as good money.

It is unclear whether, based on the ability to exclude foreign government funding, excluding organizations made up of foreign governments, such as the United Nations, the World Bank, or the International Monetary Fund, might be considered. However, contributions from foreign charities appear to be subject to the 2 percent limit, unless there are treaty provisions providing otherwise.

This determination of public support is made on Part II of Schedule A of the Form 990. If Section C, line 14 (current year) or line 15 (prior year) is 33.33 percent or more, then the organization is deemed to have sufficient public support to be a public charity. Thus, an organization that passes the test in one year is considered a public charity for that year and the following year.