An organization must be able to pass an Internal Revenue Code test to be considered a public charity. 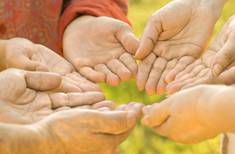 The purpose of the test is to help assure that a 501(c)(3) organization has sufficiently broad public support to be classified as a public charity rather than a private foundation.

A public charity may qualify as a 509(a)(1) or 509(a)(2) organization. Qualifying under the Section 509(a)(1) is preferable because the rules for qualifying are much less burdensome. Section 509(a)(1) benefits are discussed in the previous article in this series on public charities, which we strongly recommend readers revisit before reading this installment.

The criteria for being a 509(a)(1) public charity are found in Section 170(b)(1)(A)(i)-(vi). This code section includes subsections for churches, schools, hospitals and governmental units, which are treated as public charities based upon the nature of their activities. Most commonly, an organization will qualify as a 509(a)(1) organization under the public support test.

As was discussed in the prior article, the public support test is met if the organization’s public support is greater than 33.33 percent. If an organization meets the criteria, it will be qualified automatically as a public charity.

However, support does not include fees from the performance of activities related to an organization’s exempt purpose. Depending on the terms, a grant may or may not be included as support.

There is also “good” and “bad” support, which means that certain large gifts may not be counted as support under certain circumstances.

If the organization cannot qualify under the objective 33.33 percent test, it may still qualify as a public charity under the subjective “facts and circumstances” provisions.

A facts and circumstances test is a subjective test that measures both financial and nonfinancial factors. The objective portion of this test mandates that public support must be at least 10 percent and that the organization be organized to attract public support.

This would include continuous and bona fide programs designed for the solicitation of funds (including governmental funds).

There are five subjective factors listed below in terms of “favorable” factors:

To qualify as a 509(a)(1) public charity, an organization must be eligible to use the 509(a)(1) test. To be eligible for the test, an entity must receive “more than an insubstantial amount” of its support from contributions.

Although there is no authoritative guideline, many practitioners use a 10 percent of revenue from contributions threshold for eligibility to use the 509(a)(1) test.

Because the receipt of a very large contribution can adversely – and significantly – impact an organization’s public support percentage, the regulations provide for special treatment of “unusual grants.” Where the rules apply, an unusual grant is excluded from both the numerator and denominator in the support calculation.

An unusual grant is:

Unfavorable factors that may come into play in determining whether a gift meets these standards include:

Because there are less favorable tax consequences for a donation to a public foundation, a donor will often request written confirmation from the charity that the gift will not jeopardize its public charity status.

While not a procedure used regularly, a request can be made in advance of the gift for an IRS determination that a gift will qualify as an unusual grant.