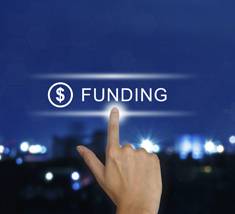 This investment income test can be difficult for some organizations to pass, such as those having a large endowment that generates a lot of investment income. Unlike for the 509(a)(1) test, no “facts and circumstances” test is available if the 33.33 percent test is not met.

To properly calculate the support percentage, one must understand how support is defined for this type of organization. The 33.33 percent support test includes the following in the numerator:

3. Gross receipts from admissions, sales of merchandise, performance of services or furnishing of facilities in an activity that is not unrelated business income

Similar to the 509(a)(1) test, there are limits on what support is included in the numerator as “good” support. However, the 509(a)(2) limits are calculated a bit differently.

First, all amounts received from “disqualified persons” are excluded from the numerator. This limit applies not only to contributions but also to membership fees or other gross receipts. Disqualified persons are officers, directors, trustees or substantial contributors (defined below).

An additional limitation is applied to gross receipts from carrying out the organization’s exempt purpose from all payers who are not disqualified persons. Any amounts received from any non-disqualified payer, including a person, corporation, private foundation, public charity or governmental unit, in excess of the greater of $5,000 or 1 percent of the support for the year will be excluded from the numerator.

However, not all federal government money is aggregated for purposes of this limitation. Money from different federal agencies or bureaus can be treated as separate payers.

There are three important implications here. First, a new small organization will have a very low dollar threshold for a donor becoming a substantial contributor. Second, an organization, in theory, must be able to track its donations by donor since inception. Finally, once a donor is classified as a substantial contributor, it is difficult for a donor to lose that status.

To cease being a substantial contributor, there are two hurdles to overcome. First, there must be no contributions from the individual (or persons related to the individual) for a period of 10 years, and the contributor cannot be a foundation manager (e.g., an officer, director or trustee). Second, the aggregate amounts contributed must be insignificant when compared to at least one other person.

If the payment to the organization is serving the immediate and direct needs of the payer, it is classified as gross receipts. If the payment is primarily to provide a direct benefit to the general public, it is a grant.

Investment income (excluding capital gains and losses), net unrelated business taxable income (UBTI) from businesses acquired after June 30, 1975, net income from unrelated activities that are not regularly carried on (e.g., fundraising events) and other income are included in total support.