Public Charity: Why you might prefer it to a private foundation 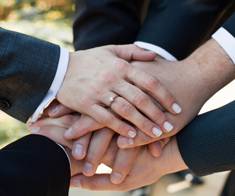 But the vast majority of tax-exempt organizations are those described in Section 501(c)(3) and have a charitable, religious, educational or scientific purpose.

If a 501(c)(3) organization is not automatically classified as a public charity, it is a private foundation unless it demonstrates otherwise to the IRS. The proof is most often done as part of the Form 1023 application, the process used to get tax-exempt status.

What are the consequences of being a private foundation, or PF?

From a compliance perspective, a private foundation must file a more complex return, Form 990-PF rather than the Form 990 series filed by public charities. This form requires a significant amount of calculations.

Further, unlike a Form 990 filing, the Schedule B attached to a 990-PF, which lists contributors of more than $5,000, cannot redact the names and addresses of contributors on the publicly available version of the form. As a result, the names of donors to a private foundation are available to the public.

More importantly, private foundations are subject to much more restrictive operational provisions than public charities, including a number of provisions to help insure that the private foundation is operated in a manner consistent with its mission and it functions as a charitable organization. These restrictions arose out of a concern for abuse that could arise with private foundations, which are often controlled by a small group of related individuals.

Code sections 4940-4945 outline the additional restrictions imposed on private foundations. Below is a brief description of each including the initial taxes that may be imposed. “Second-tier” taxes, which are substantial and can be imposed for failure to correct a violation, are not included.

These private foundation code section descriptions are brief overviews. The Internal Revenue Code and related regulations are complex and should be referred to for more detailed information.

Future articles will outline how an organization demonstrates to the IRS that it meets the definition of a public charity.